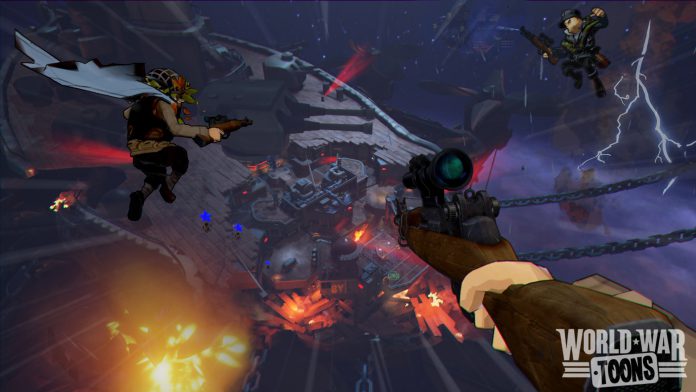 The first day of the 2015 PlayStation Experience will be getting underway later on today, with fans and developers from around the world gathering to play upcoming PlayStation 4 and PlayStation Vita titles as well as hear the latest announcements from Sony Computer Entertainment (SCE). PlayStation VR, the company’s virtual reality (VR) head-mounted display (HMD) for PlayStation 4, will also be making a playable appearance at the event, with Reload Studios’ World War Toons being just one of the titles on display with it. Ahead of the show’s opening, new screens of World War Toons have arrived and can be seen below.

A total of three new images have been released to coincide with Reload Studios’ announcement of a new level and character class earlier in the week. The first two are both taken from the perspective of the latest character class to join the roster, the Sniper. One shows the enlarged heads that this class will see when aiming down the scope of their rifle, helping them to aim. The other sees a player dropping into the brand new level, Dread Zepplin, in which two teams fight for control of a primary cannon on an airship in order to take down enemy craft. Both of these additions will be playable at the PlayStation Experience.

The final shot is taken from the title’s latest trailer, which takes the form of a musical using the colourful cast of cartoonish characters.

World War Toons is a multiplayer first-person shooter (FPS) that’s also on its way to the Oculus Rift on PC, though a release date for either version is yet to be announced. That said, the HMDs on which the title will appear on won’t be releasing until 2016. On PlayStation 4, the videogame supports the PlayStation Move motion controllers though, again, it’s not been announced if the Oculus Touch position tracked devices will be available on PC. VRFocus will be sure to catch up with World War Toons and all other VR compatible titles at the PlayStation Experience this weekend. 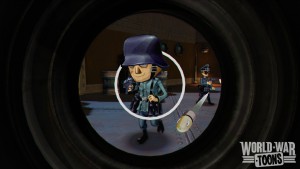 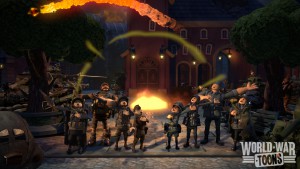