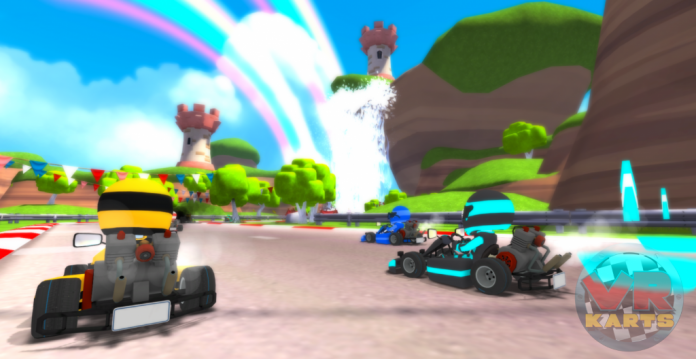 The UK-based indie developer of virtual reality (VR) title VR Karts, Viewpoint Games has announced its latest update. The title which supports the Oculus Rift head-mounted display (HMD), will get a range of improvements and fixes from the latest 2.1 version.

Viewpoint Games has been busy updating its VR title, with the last update only last month. Included in this latest addition are new weapons, a preview of a new level and input fixes to name a few. The full list of improvements are as follows:

VR Karts currently supports Oculus VR’s 0.7 software development kit (SDK) and both the Oculus Rift DK1 and DK2 models. Although if your yet to purchase the current DK2 HMD, Oculus VR recently announced that the model is now sold out. Anyone wishing to purchase a brand new Oculus Rift will now have to wait for the consumer launch next year.

It appears that the studio is still hoping to launch the full product in late 2015, and VRFocus will be reporting on the official release as and when Viewpoint Games announces it.