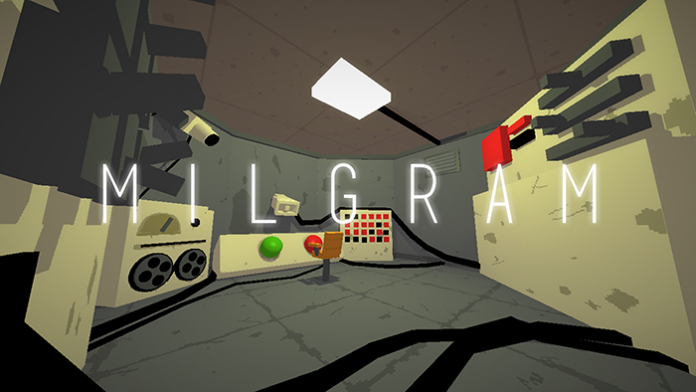 We’re back over at Oculus’s VR Share platform for our first New To VR spotlight of the week and today’s videogame has a touch of Lost about it.

In horror puzzle game Milgram you are stationed, or possibly even trapped within a strange bunker full of electronics and computer equipment straight out of the 1980s. Large banks of switches line the walls of cream coloured outlets as light sequences flash and tape spools whirr. Do you push a button? Moreover dare you press a button? 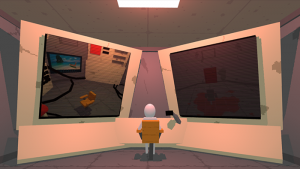 Developed by Numeralien, who previously featured on New To VR with VR music video Looking For America, Milgram is compatible with the Oculus Rift DK2 head-mounted display (HMD) and contains a number of intractable elements. Originally made for Ludrum Dare 34, depending on your actions in-game you can unlock one of three different endings.  Can you find them all?

A pre-0.6 SDK is required for playing the title, with additional requirements listed on the Oculus VR Share page. Please note, the game does contain flashing light sequences. Join VRFocus tomorrow for another application you can try.

The post New To VR: The Bunker Awaits You In Milgram appeared first on VRFocus.