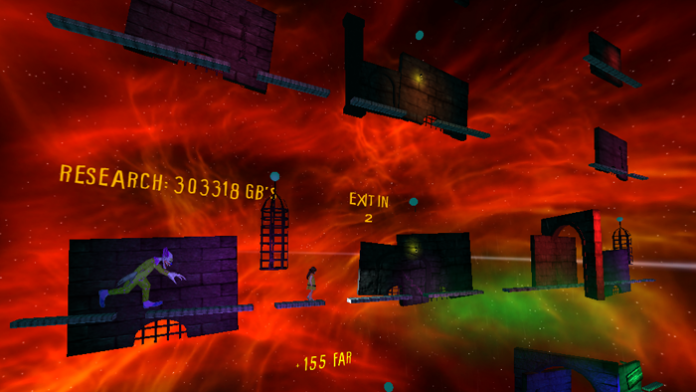 We’re back with another example of virtual reality (VR) videogaming for today’s New To VR as for one little girl sleep brings nothing but a need to escape the monsters in her dreams.

In Dave or Die’s Matilda’s Horrible Dream, players guide Matilda through a slightly twisted dream world pursued at every turn by a menancing clown-like monster. Use lights, including the flashlight in your possession to slow it down where you can and reach the exit to the dream before it catches you and waking up no longer becomes a possibility.

This title is compatible with the Oculus Rift DK2 head mounted display (HMD) and requires SDK version 0.6 or higher in order to play. Further information can be found on its Oculus VR Share page.

New To VR will be back soon with more examples of new experiences you can enjoy in VR, not just for the Oculus Rift but Gear VR, HTC Vive and Playstation VR as the platforms develop. Be sure to join VRFocus throughout the rest of the day for more news from the ever developing world of both VR and AR.

The post New To VR: Escape The Nightmares In Matilda’s Horrible Dream appeared first on VRFocus.