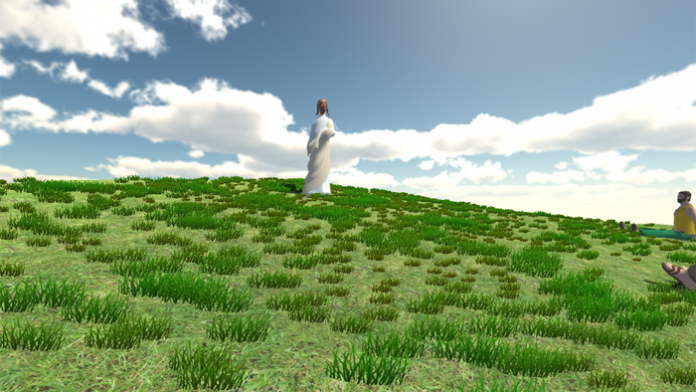 We have seen, even before virtual reality (VR) truly comes to the masses, that the technology has already been used to create all manner of experiences for both education and entertainment, but one thing you might not have conbsidered it being applied to was faith. As we enter December focus for a large part of Western culture turns towards Christmas and all that it brings and is associated with. So it may, or may not, then surprise you to learn that the story of Christ is fnding it’s way onto VR in a new experience.

Developed by Kevin Gulling and part of an Oculus-based projectby the company Immersive Faith to recreate scenes from The Bible, this experience for the Oculus Rift DK1 and DK2 head mounted displays (HMDs) shows one of the most iconic moments in Jesus’s life – the Sermon on the Mount from the Gospel of Matthew. Arguably the most quoted of Christ’s teachings Sermon on the Mount places users almost at the feet of Jesus as one of those who had followed him after his preaching around Galilee.

The app is available on Oculus VR Share and you can see a preview of it below.

Join us throughout the week on for more experiences and vidoegames that are New To VR .

The post New To VR: Christianity Goes Virtual In Sermon On The Mount appeared first on VRFocus.