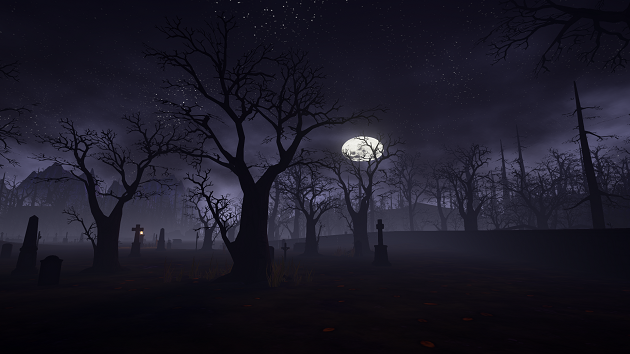 The indie developers behind virtual reality (VR) project Spellbound have been releasing further teasing images of the upcoming Oculus Rift title. This past weekend also saw a gameplay reactions trailer launched, showing players getting their hands on the alpha build of the fantasy first-person title.

The images below more of the graveyard where Spellbound is based, along with the spells players can use and enemies which must be vanquished. There seems to be five spells to use, the fireball, which has been seen in previous videos; a whirlwind spell; A spell that homes in on enemies, one that resembles water and a fifth.

So far four enemy types have been revealed, a standard zombie which is probably the first foe encountered; a skeleton warrior who comes armed with a sword and shield; a hovering demon of sorts, cloaked in a purple hooded robe with glowing eyes; a finally a gigantic beast that towers above you, possibly a boss?

In Spellbound’s players are cast as a wizard who has been dabbling with dark magic to bring his wife back from the dead, but he realises his spell has gone awry. While it worked, bringing his wife back to life, it also had the unforeseen effect of resurrecting all the dead creatures that inhabit the graveyard.

The VR title will support the Oculus Rift headset and can also be used with a Leap Motion hand-tracking controller. VRFocus will continue to bring you the latest news on Spellbound as the developer releases further information. 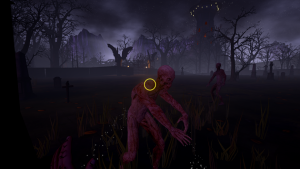 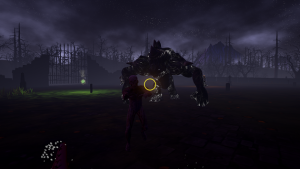 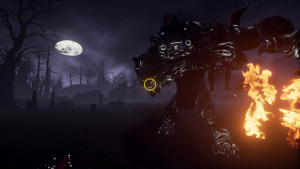 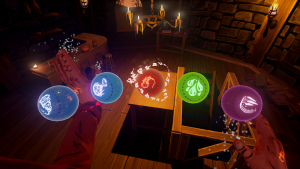 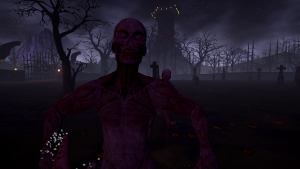 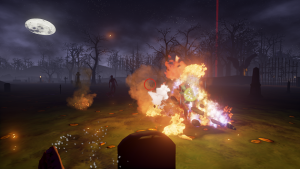 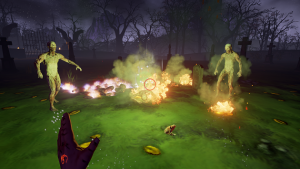 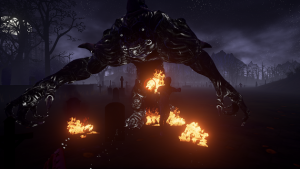 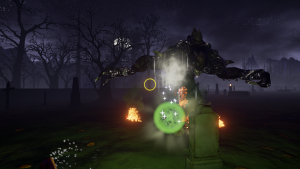 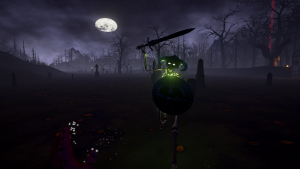 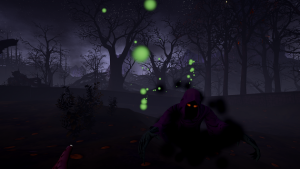 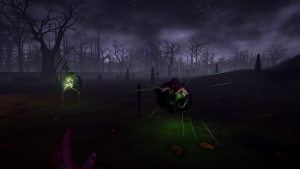 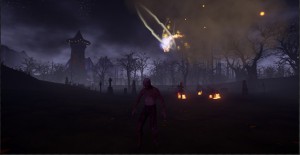