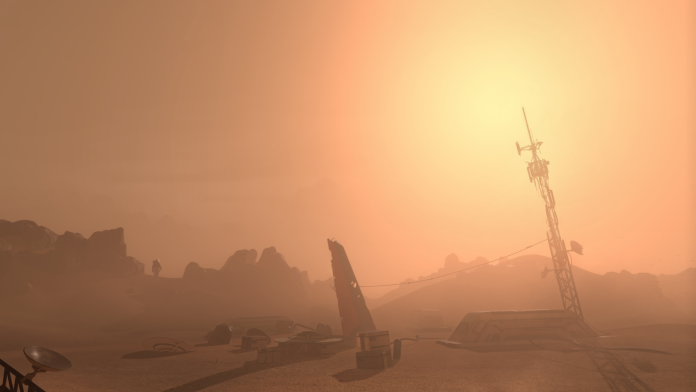 Last year Linden Labs encouraged people to try out its newest project, Project Sansar, and create their own virtual reality (VR) worlds and experiences, and since has been developing the platform for its unconfirmed release. A new screenshot has now been shared of a space experience that shows the platform’s potential.

The user-friendly platform, developed by the makers of Second Life, an online user-made virtual world, aims to let people easily create and produce their own multi-user, interactive virtual experiences, without needing industry resources. Project Sansar  will be optimized for VR head-mounted displays (HMD) like the Oculus Rift, but also accessible via PCs and (at consumer launch) mobile devices. The screenshot below is a hyper-realistic multi-user Mars VR experience, and is an example of how a landscape can be made and then brought to life in a matter of hours after being created.

The project is said to be released for consumers come time this year, and it is also said that there are more updates to be anticipated for next week about Project Sanar. Make sure to come back to VRFocus for the latest.