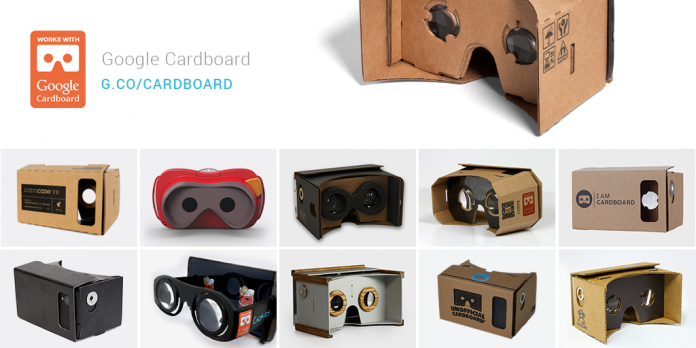 Earlier in the month VRFocus reported on rumours that search engine giant Google was working on a brand new virtual reality (VR) head-mounted display (HMD) on top of its prior work with the Google Cardboard concept. At the time it was thought that this device would be mobile-based, meaning it ran using a smartphone much like Cardboard itself, and would compete with Samsung’s Gear VR HMD. Now another new report is suggesting that Google may actually be working on a completely standalone VR product.

That is according to The Wall Street Journal, which cites people familiar with the company. The report states that the VR kit will include everything it needs to run VR experiences in an HMD. That means a display, processors and even, according to the report, front-facing cameras. Head-tracking will be included with chips from Movidius Inc., though it’s not clear if the kit may be capable of positional tracking, in which the user is able to move their head in any direction and have those movements picked up within the given experience.

If true, this could be an important step towards the future of VR. Many industry leaders, including Oculus Rift creator Palmer Luckey, have stated that HMDs will eventually need to be standalone devices in order to provide the best sense of immersion. Of course, mobile computing power still has some way to go before it lives up to what’s possible on the likes of the Oculus Rift.

The concept can already be seen in GameFace, a standalone VR HMD that’s been in production for a number of years now. It’s also said that a new version of Google Cardboard will be revealed later this year with more features. It’s not yet known when Google will reveal these products, if ever, but a good guess would be at the company’s upcoming I/O developer conference from 18th – 20th May.

For the latest on Google’s work in VR, check back with VRFocus.