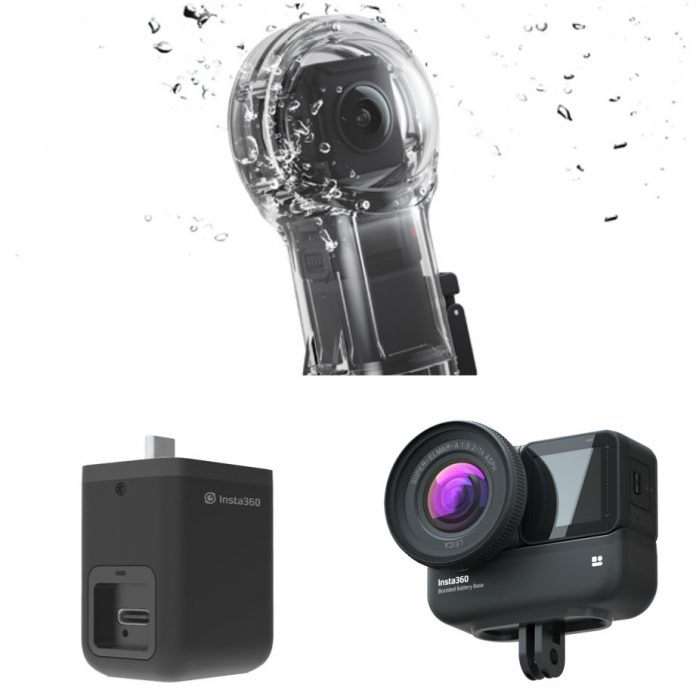 
Several accessories for the Insta360 One R (reviewed here) are now available to order: the 360 module dive case, the vertical battery, and the boosted battery.

The dive case enables a clear, undistorted 360 view underwater.  The dive case can also be used above water.  To ensure correct stitching, you’ll need to check the correct stitching option in Insta360 Studio, i.e., “Dive Case (Above Water)” or “Dive Case (Under Water),” as the case may be.  Please note that the case will be visible in the nadir of the shot, just as with the dive case of the Insta360 One X and Ricoh Theta V.  Note also that to use the One R with the dive case, you’ll need the vertical battery (see below), which is included with the aerial edition but can also now be ordered separately.