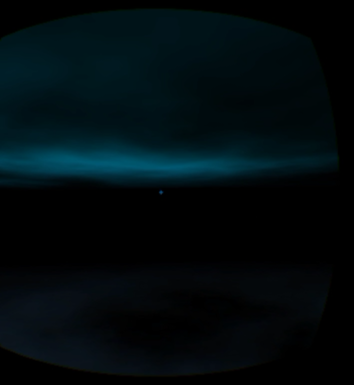 Earlier this week Oculus VR promised that it would be improving the Oculus Store that’s used to browse and purchase digital content for the Gear VR mobile-based virtual reality (VR) head-mounted display (HMD). The company will be adding some improvements to the user reviews system, new currency options for purchases and even auto updates for the future. Today, however, the Oculus Store has seen an update that doesn’t seem to add these details, but does make some presentational improvements to one menu system.

The update seems to mainly address the menu that users are taken to when pressing or holding the Back button located above the Gear VR’s touchpad. If a user were to tap this button then they’d be taken to a blue area and asked if they wanted to quit the current software. If they were to hold the button down then they’d be taken to the same area to select certain options such as volume control, access the pass through camera to see into the real world and more. With the update in place, the area has now been replaced with a night-time environment in which users can gaze up at stars.

The menu UI has also been redesigned somewhat, now appearing as a vertical list of options in grey boxes. The Gear VR isn’t yet able to take screenshots – a much requested feature that Oculus VR’s John Carmack has said is on the way – but VRFocus was able to take a quick shot of the environment, seen below. It’s not the most significant update, but it’s certainly a little more pleasant than the more static menu that was in place. It’s not yet clear if the update included any more improvements, though, scrolling through the in-HMD store, VRFocus couldn’t find any significant differences.

Keep with VRFocus for all of the latest on Gear VR.