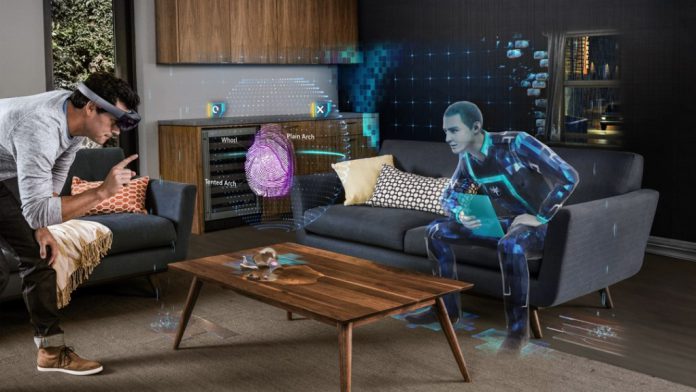 Asobo Studios has revealed its work on two unique videogame titles for the forthcoming HoloLens head-mounted display (HMD), Young Conker and Fragments. The latter of these titles, a brand new IP, has today benefited from the revelation of new details concerning the gameplay involved directly from Asobo Studios.

“In Fragments, you become the detective in a high-tech crime thriller,” states the official communication. “Experience compelling new possibilities for storytelling and gameplay when life-sized characters are aware of your presence, share your real space, and interact with you in mixed reality. Spatial mapping allows holographic clues to be dynamically placed in whichever room you play.”

Fragments, alongside Young Conker, will be available to download from the Microsoft Store upon the launch of the HoloLens Development Edition later this month. No details concerning a consumer release of either the HMD or any software titles have yet been revealed, but VRFocus will of course keep you updated with all the latest details.