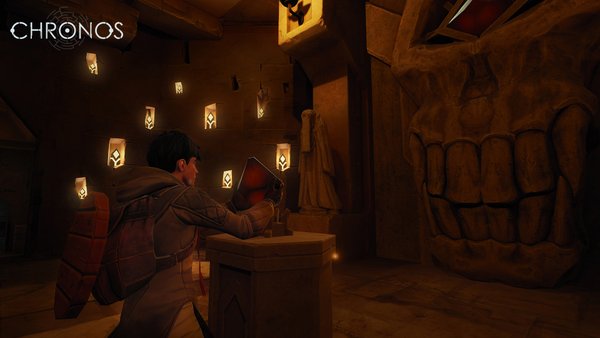 It’s been a while since virtual reality (VR) fans have seen anything new from Chronos, an anticipated adventure title from Gunfire Games. The title was first announced as an Oculus Rift head-mounted display (HMD) exclusive at Oculus VR’s 2015 pre-E3 press conference, and has been shown at a handful of events since. This month, however, Gunfire Games has quietly been sharing new shots of the title as part of its ‘Month of Darkness’ campaign, which also included the studio’s Darksiders II: Deathinitive Edition. Those images can now be seen in one place for the first time below.

A total of four shots are on display, each showcasing something new for the title, in which players are cast as either a young boy or girl (of their choosing) and head into a massive dungeon once a year. The first shows the protagonist placing what appears to be a gem onto a pedestal, which would presumably open the blocked path in front of him. In the next image, a hammer-wielding enemy – named the Krell – can be seen and, intriguingly, in the one after that the protagonist himself is holding a hammer as a weapon. This seems to confirm that Chronos will have multiple weapons to master, though it’s not clear just how many there will be.

Finally, the last image shows the female protagonist for the first time and shows a glimpse at a Krell blacksmith, who could possibly help upgrade weapons and items.

It shouldn’t be too much longer until fans can finally get their hands on Chronos. The title hasn’t been outright confirmed as a launch title for the Oculus Rift but, with the kit finally arriving on 28th March 2016, hopefully Gunfire Games’ title won’t be far behind it.

Stick to VRFocus for the latest on Chronos. 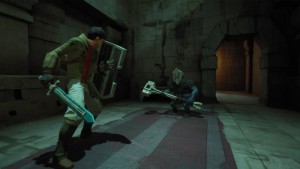 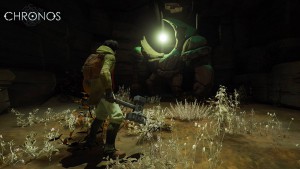 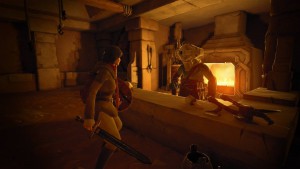