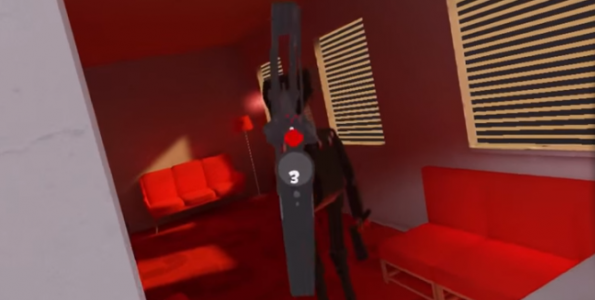 It was announced last month that the stealth virtual reality (VR) title Budget Cuts, developed by Neat Corporation, will be making its way to PCs soon for the HTC Vive head-mounted display (HMD). Today the anticipation for its release, and in turn the official release date for the HTC Vive HMD, will be built on with the release of new gameplay screenshots.

The first-person stealth title puts the player into the world of a spy working for Time Corp, a company that deals with space-time technology, infiltrating its enemies’ facilities. The player will utilise various tools, including a short range teleportation device to help navigate through your missions. This VR title incorporates the use of HTC Vive’s position tracked controllers, giving the player full control of their sneaky spy deeds.

The screenshots below show in-action gameplay of the player using their gadets, including the teleportation device, to advance in their mission and sneaking up on enemy bots ready to attack and hide their bodies in various locations.

Budget cuts is said to be released ‘soon’.

VRFocus will keep you up to date on the latest on Budget Cuts. 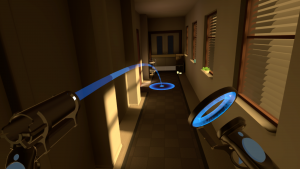 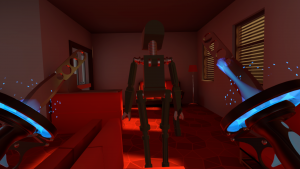 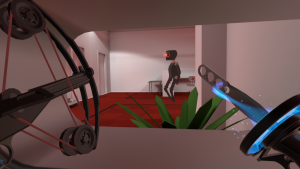 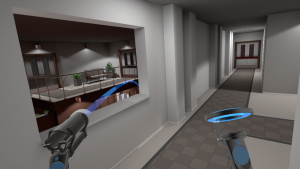 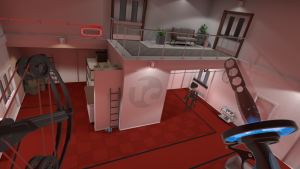