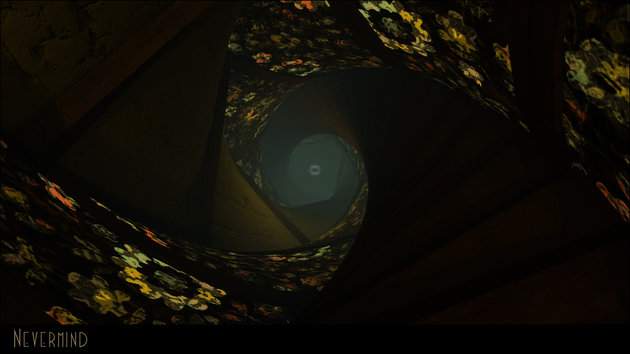 Flying Mullosk’s Nevermind has been on the virtual reality (VR) scene for some time, but has yet to receive an official release supporting any head-mounted displays (HMDs). According to a recent mailout from Flying Mullosk, Nevermind will finally offer VR compatibility next year in addition to seeing a release on Xbox One.

Nevermind has only ever been associated with the Oculus Rift, in terms of HMDs, however Flying Mullosk seem to suggest that there could be more to come in this regard.

“While 2015 was absolutely incredible, 2016 is already shaping up to be equally as exciting for the future of Nevermind,” states Erin Reynolds, Chief Mullosk at Flying Mullosk. “In 2016 we’ll be launching the Xbox One and Oculus Rift versions of the game (and possibly on some other platforms that we’re currently exploring).”

Furthermore, Nevermind is designed to support bio sensors and adjust the videogame’s visual effects depending on the heart rate of the player. A wide variety of these sensors will be supported in due course: “We’ll be supporting more sensors (in fact, we’ve recently added support for the Polar H7 Heart Rate Chest Strap) – and, most likely, will have some very cool announcements early in the new year about additional sensor technology.”

Finally, Reynolds states that the Nevermind experience that is currently available via Steam may not be the complete edition of the title: “We’re also still working toward adding more content in 2016. We’ll be sharing more information on all of the above when the time comes, but it goes without saying, that 2016 is shaping up to be a very busy (in a good way) year ahead!”

VRFocus will continue to follow Nevermind and other VR projects from Flying Mullosk, keeping you updated with any future developments.

The post Nevermind VR & Xbox One Editions Confirmed for 2016 appeared first on VRFocus.