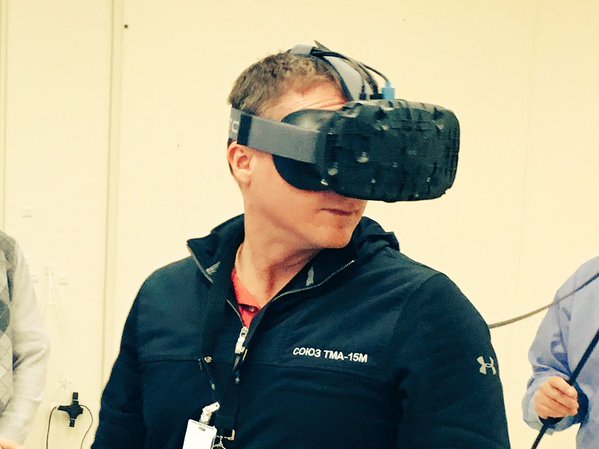 Last year NASA planned to look into the possibilities of both virtual reality (VR) and augmented reality (AR) through the use of Microsoft’s Hololens technology. Unfortunately the initial attempt to bring the mixed reality system to the International Space Station (ISS) was foiled when the SpaceX vehicle it was journeying with was destroyed. Whilst the Hololens did eventually make it to the ISS it seems that back on Earth the investigations into VR are continuing at NASA.

Posting on Twitter early this morning, NASA astronaut Terry W. Virts tweeted a picture showing him testing the Valve-backed HTC Vive system. Virts described the experience he was using as putting ‘you “in” the ISS’ indicating that it was some kind of training program. Virts also mentions that items within the experience floated, indicating that it might be a way for astronauts to learn how to cope with objects in zero gravity.

Whilst NASA themselves haven’t made mention of this simulation as yet, this seemingly is just the latest high-profile scientific use of VR and it seems NASA at least have more plans for its use. When those plans are revealed VRFocus will let you know.