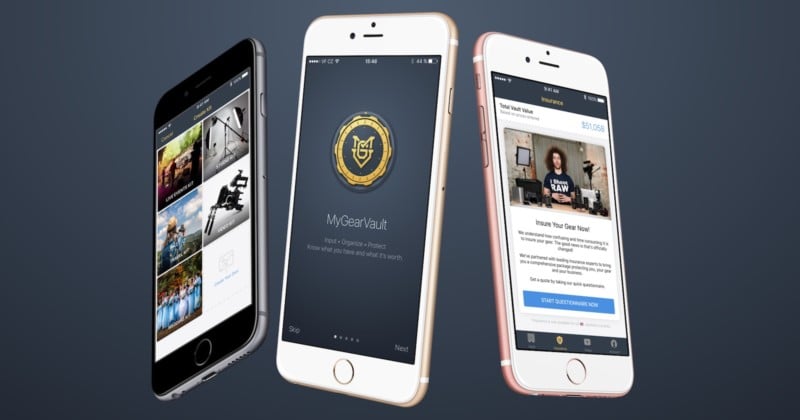 Even though everybody knows how important it is to insure their photography gear, few people ever get organized enough to actually do it. It’s just too much of a pain in the rear… well, it was. A new app called MyGearVault makes organizing and insuring your gear so easy, you’re out of excuses.

The free app was created by Jared Polin (AKA FroKnowsPhoto), but it’s entirely separate from his podcasting and YouTube empire. Polin simply created it to solve a problem he found increasingly onerous the more gear he acquired: how the heck was he supposed to keep track of, organize, and insure his massive collection of photography gear?

MyGearVault was his comprehensive solution. The free app helps you easily catalog your entire collection of gear and, if you’re interested, even connects you with insurance professionals so you can purchase both liability and inland marine protection—that second one covers you in case your gear is stolen… no need to create a GoFundMe and ask other photographers to help you recoup your loss.

Here’s a quick intro to the app, how it came to be and how it works:

As you can see, the interface is extremely useful. The “Input” interface lets you add in serial numbers, receipt photographs, and other identifying details. “Organize” lets you sort all of that gear into categories and “kits” while it automatically tallies up how much your gear is worth (new… used prices are tricky), so you know how much insurance you really need to be buying.

Finally, “Protect” is two-tier. Tier one lets you mark your gear as “stolen” and tracks your serial number. So if someone registers that stolen serial later in their own vault, you’ll know and can figure out how they came to own your stolen camera or lens. Tier two lets you buy insurance through verified top-tier insurers.

The tagline is “Input, Organize, Protect” and the app lives up to its promise. 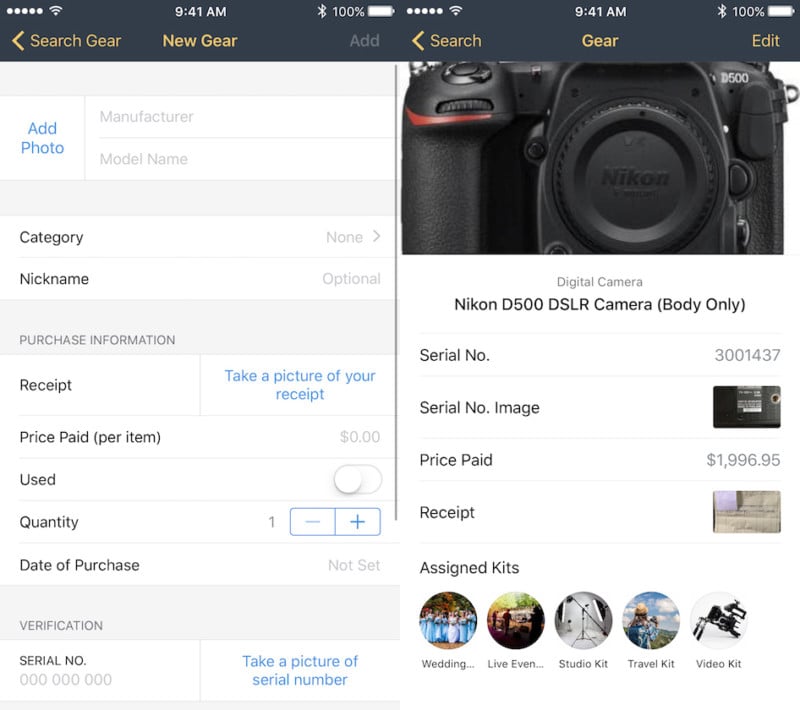 Polin gave us a demo over Skype last week, and we have to say, we were impressed by his team’s attention to detail. It’s not just that the app worked seamlessly throughout the demo—not, by any means, common when it come to live demos like this… everything that can go wrong usually does—but we were left with next to no questions.

They seem to have thought of everything: inputing and organizing your gear is fast, easy, and intuitive; and getting an insurance quote through the app takes only a few taps. The app really does come off as a “one-stop-shop” of sorts for organizing and protecting your photography investment.

Even if you don’t want to purchase insurance through MyGearVault, the app will help you out. Your gear list with all pertinent information can be exported as a CSV file that you can use to buy insurance elsewhere. 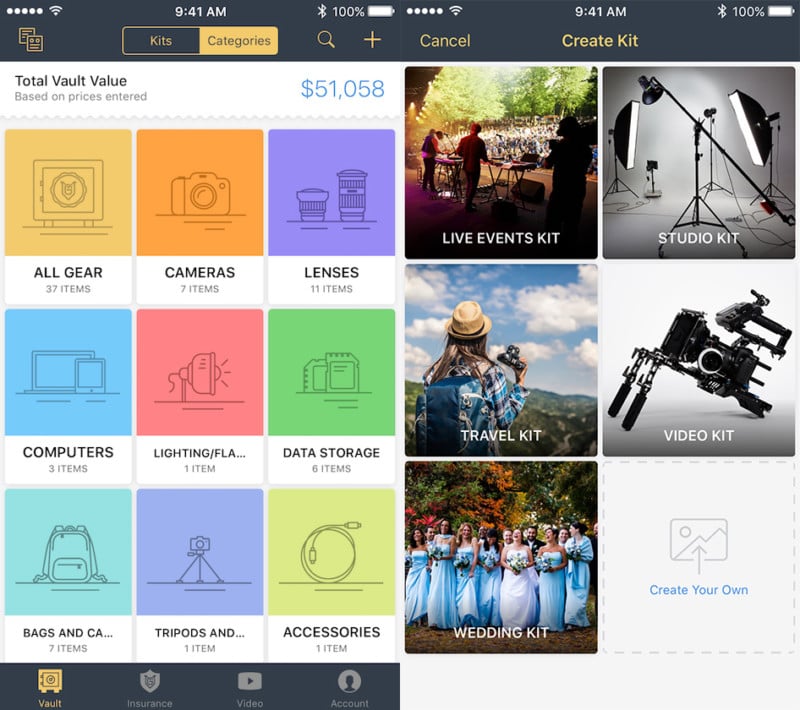 The app is officially live in the iTunes app store (Android version in the works) starting today. To download it for yourself click here. And if you want to find out more about the app and how it works, the MyGearVault YouTube channel already features a bunch of tutorial videos that dive deeper into all of the app’s many features.