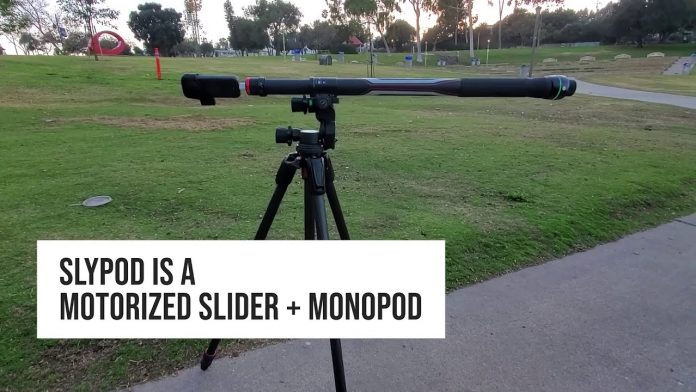 
The Edelkrone Jibone is an amazing tool for videos but it costs $1299 (excluding any accessories).  Did you know that you can get similar angles with the Moza Slypod E and a 360 camera?  And as of today, the Slypod E is currently on sale at 15% off while supplies last.  Here’s a hands-on review of the Slypod, with tips on how to use it and a comparison against the Jibone.

Here’s an excerpt from my recent video with eleven 360 camera accessories.

Edelkrone Jibone ($1299) is a motorized compact jib that can enable you to capture precisely executed cinematic shots.

However, the Jibone can only move a camera along one axis.  By itself, it cannot do a tracking shot to aim your camera at the subject as it is moving.  To do that, you’ll need to pair it with another accessory such as the 2-axis Headplus ($1799) or a single-axis Headone ($399), pushing the cost even higher. 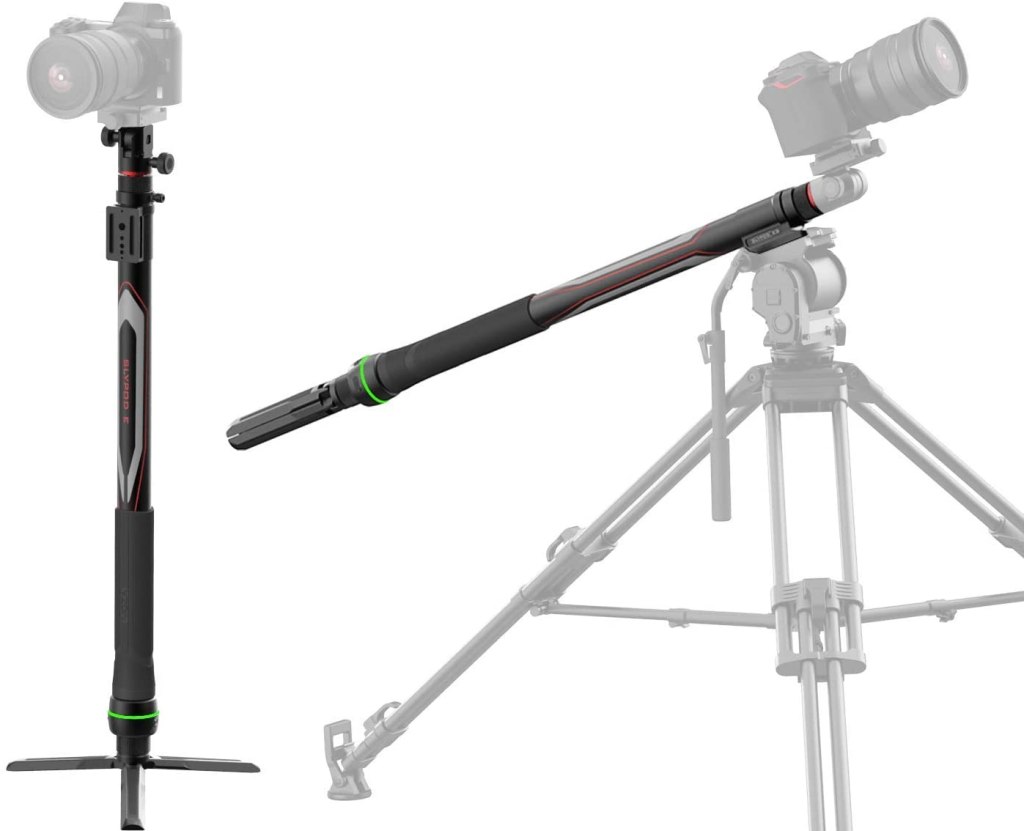 Fortunately, you can get a similar effect at a much lower cost by using a 360 camera mounted to the Moza Slypod E.  Slypod is a motorized slider + monopod.  Unlike a traditional slider, the Slypod can be used to move the camera over objects and through gaps that would otherwise be impossible for a slider.   When you combine the Slypod with a 360 camera, then you’ll be able to capture complex camera movements, similar to a Jibone paired with a 2-axis Headplus, as shown in the video above.

Note: the $299 Slypod E is virtually identical to the $349 Slypod except that the latter includes a more sophisticated pan-and-tilt head and has a wooden handle.  However, the Slypod E includes a metal mini-tripod that can also be used as a handle.

The Slypod E has a 1/4-20 tripod hole, 3/8-16 tripod hole, and is also Arca Swiss compatible.  It has a load capacity of 9 lbs. horizontal or 20 lbs. vertical.   It has USB Type C port for charging.  The battery is rated for 2 hours, although the capacity can vary depending on how much you are using it.  It can be powered by any USB power bank while being used.

The speed is adjustable from as slow as 0.15 mm per second to 28 mm per second.  You can control it wirelessly with the Moza app, which has several modes from a steady speed to an accelerating or decelerating movement.

According to Moza, Slypod E is weatherproof and protected from “wind, sand, and dust,” but is not waterproof.

STRENGTHS AND WEAKNESSES vs Edelkrone Jibone

Advantages.  The Slypod has a few advantages over the Jibone:

Disadvantages.  On the other hand, the Slypod has some limitations:

Moza Slypod E is a versatile tool for video creators on a budget.  When combined with a 360 camera, it can capture amazing shots that look like those shot by a camera crew with expensive gear.  It does have its limitations but it is a practical and affordable way to add unique shots to spice up your videos.