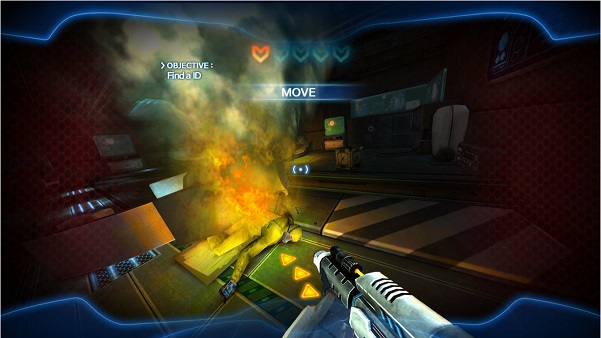 Skonec Entertainment’s Mortal Blitz VR is on its way to the PlayStation 4, set to launch in 2016 as a PlayStation VR title. Confirmation of the release came at Sony Computer Entertainment Korea’s (SCEK) press conference earlier today.

An arcade style shooting videogame, Mortal Blitz VR makes use of the player’s viewpoint for both aiming and movement. Players must have quick reactions to take down the encroaching enemy hordes, using a variety of weaponry and tactical movement options to get the better of the alien invaders.

Mortal Blitz VR was originally revealed as a mobile virtual reality (VR) title, with a demo version currently available for Samsung’s Gear VR via the Oculus Home application. Known as Mortal Blitz VR: Lite Version, this edition of the videogame is available to download for free.

The specific release date of Mortal Blitz VR for PlayStation VR has not yet been revealed, though given its existing development time it’s likely to see release alongside the head-mounted display (HMD) itself. VRFocus will keep you updated with all the latest details on Mortal Blitz VR and other forthcoming VR titles from Skonec Entertainment.