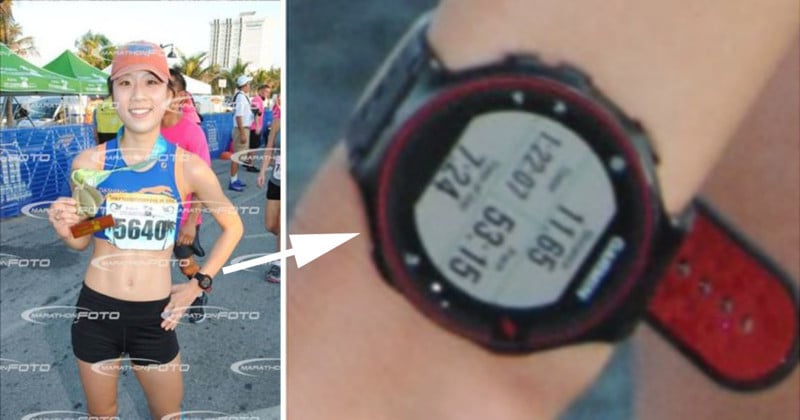 Jane Seo, a professional food blogger, dashed through the finish line to clinch the Fort Lauderdale Half Marathon in an outstanding 1 hour and 21 minutes back on Feb 19th, beating thousands to win the 2nd place with an impressive 6:15-per-mile pace. However, she was soon revealed as a cheater by a sharp-eyed sleuth who found proof in her finish line photo.

“Suspicions arose almost immediately after Seo, who is 24 and writes regularly for The Huffington Post, crossed the finish line in the 13.1 half-marathon division Sunday,” the Miami News Times reports. “Race timer Josh Stern quickly noted that her timing chip logged unusually fast miles in the second half of the race, when runners often slow down rather than dramatically speed up.”

What Seo did not realize was that the evidence of her cheating derived victory was sitting on her Garmin wristwatch, and an enhanced digital photo could spill her ill-gotten beans.

Derek Murphy, an independent running investigator who specializes in catching cheaters, then started looking at the results. Murphy came across a photo of Seo, wearing her medal, which also showed her wearing a Garmin Forerunner 235 watch on which the race timings were still visible.

Zooming into the shot, Murphy realized that Seo’s watch verified her time of 1 hour 22 minutes but also showed she had covered only 11.65 miles — nearly two miles short of the full race. 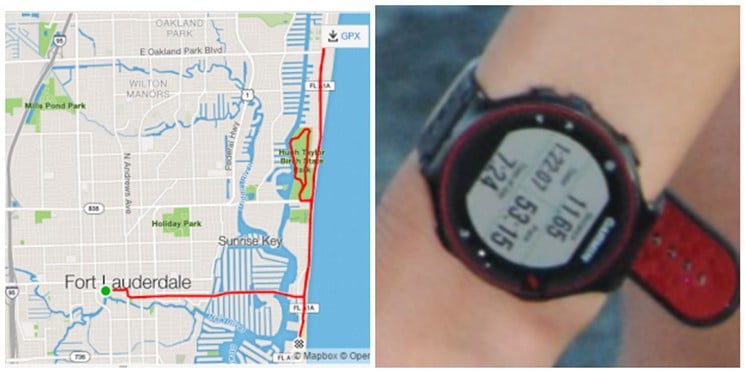 Seo, educated at Harvard, wanted to legitimize her timings after the race, so afterward she accurately bicycled the entire course using her GPS watch and then posted the detailed timings of her mile-by-mile records of her grueling 13.1 miles on strava.com. But for those timings, an analysis of the flyby screen showed that the she had produced timings that were taken after the race was over.

When the evidence was revealed, Seo eventually confessed to cutting the course and was disqualified. And that’s how one cropped photo helped bust a marathon cheater.