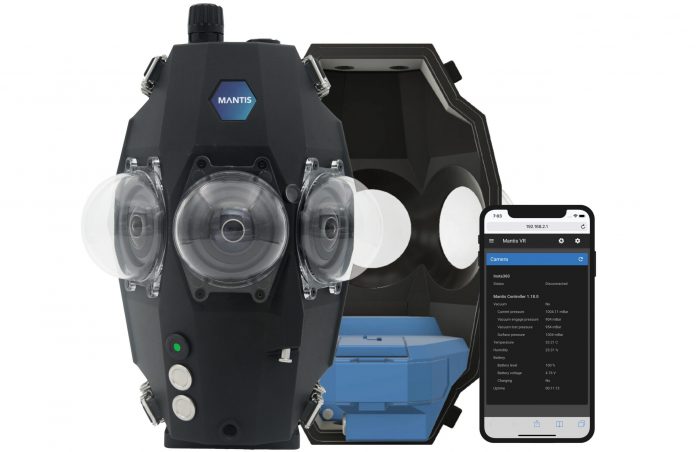 It’s no longer good enough to film in five metres of water on a reef out the front of the resort. To be in the big-time you need a camera that is robust in format, reliable in practice, and flexible enough to meet the demands of any subject. That narrows the options.

If you also want to shoot in 3D mode, your options narrow further to… well… one.

The Mantis Sub housing is an enclosure to safely house the ever-popular Insta360 Pro2 camera, and sports an array of buttons to control the camera and a seven-state LED to let you know what it’s doing.

The Pro2 is the go-to machine for 360 professionals and results in a lightweight, compact and neutrally buoyant package that’s good to 90 metres of depth. It shoots 8k 3D 360 footage at 120 Mbps with built-in stabilization, optical-flow stitching and livestreaming functionality—which all works in the underwater context too.

The distinctive geometry of the Mantis housing and the 200º lenses on the Pro2 allow for a clean zenith and nadir, and an array of ports enable power in, data out, installation of a hydrophone or ethernet integration with a ROV.

But doesn’t it fog up with the heat of the camera? The engineer thought of that, and no, it doesn’t. The machined aluminium housing has enough surface area to conduct heat into the water using the convective power of the Pro2 fans, even in warm tropical water. The housing also packs three 18650 lithium batteries, powering the housing circuitry, and doubling the normal run-time of the camera too. 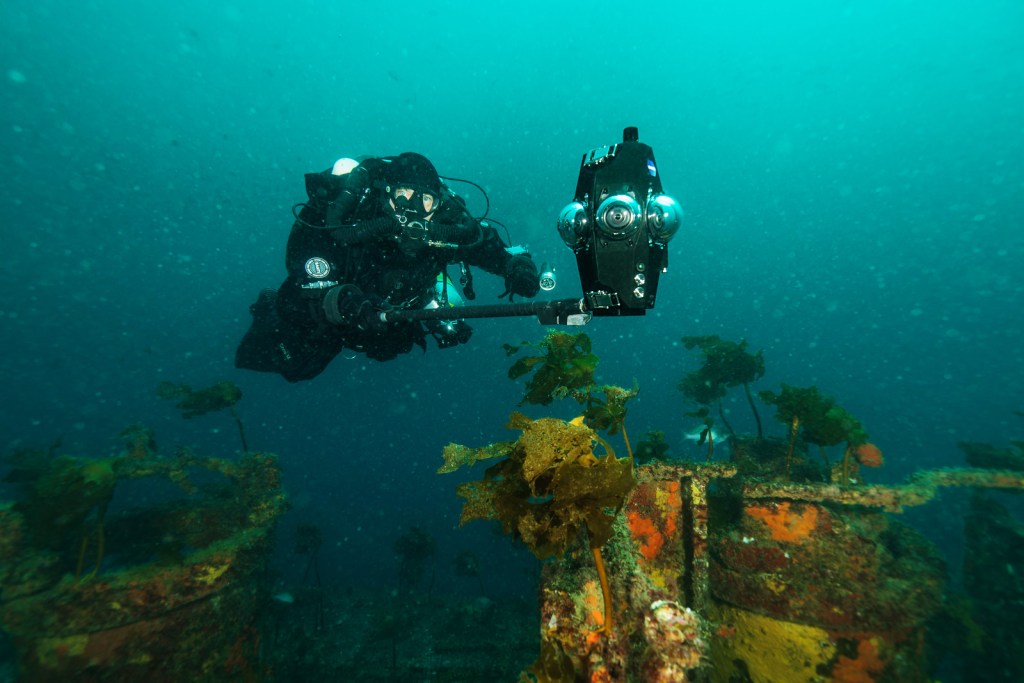 It’s a convincing package, and despite the price tag, Mantis housings are already recording silky smooth professional-quality 3D footage across five continents. Their first customer has already done more than 100 dives with it in the warm waters of Thailand.

“The Mantis changed everything for me. From quality to functionality to efficiency,” says Dimitri Bintein. “I tried GoPros, 360bubble Deep with a Qoocam 8k, Insta360 One-X, all sorts of housings, including my own designed and built stuff. Basically, all of it was a trade-off. I feel the Mantis is not a compromise, it’s what is needed to create professional underwater 360 footage.”

Check out the sample video footage below and go to the Mantis website for more info.