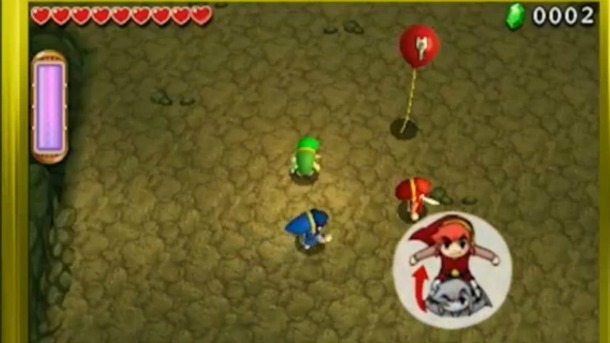 VRFocus knows just how painful it can be to think about the possibilities of a virtual reality (VR) entry into The Legend of Zelda franchise. That’s not because such a prospect could be disastrous; quite the opposite in fact. It’s more to do with the fact that the series, which routinely makes the best use of creator Nintendo’s hardware, could go hand-in-hand with the tech, but instead that its owner seems so far away from ever embracing VR. We have, of course, already talked about a VR addition to the series in ‘Make it a (Virtual) Reality’ before. But, with The Legend of Zelda: Tri-Force Heroes‘ out this week, we’re taking another look, this time with a focus on Link’s top-down adventures.

Though The Legend of Zelda: Ocarina of Time is thought of as the definitive entry in the series to many, the 2D entries – which adopted a bird’s eye view that can still be seen in handheld entries today – are still beloved by many. In fact, some fans would argue that the 3DS’ The Legend of Zelda: A Link Between Worlds is one of the best entries in the franchise in years. But it’s by looking at the 2 top-down titles on the original DS, The Legend of Zelda: The Phantom Hourglass and The Legend of Zelda: Spirit Tracks, that we can learn how this perspective might translate to VR.

Both of these titles relied on the DS’s own touchscreen for much of their control. Everything from movement to attacking was handled by either tapping or swiping on the touchpad. Reactions to the scheme were mixed, but they do present some opportunities for VR, perhaps with players looking where they want Link to travel to. Either way, there’s no doubt that Nintendo could craft some incredible new puzzles with the set of mechanics that VR. Being able to take the view away from Link and gaze around a temple’s rooms independently for the first time opens up a new wave of possibilities.

This could even be worked into story in some way, perhaps casting players as a supernatural entity that aids Link on a new quest. There are already some examples of third-person VR experiences that are technically first-person by having players control a ‘character’ that’s essentially a camera, and Nintendo could put that concept to great use here. 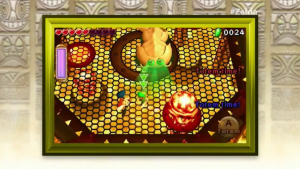 Titles such as Lucky’s Tale are already proving the third-person VR can work from this angle, too. Imagine having The Legend of Zelda: A Link Between Worlds‘ 3D experience make all the more convincing by essentially immersing players as a floating head around this world and having Hyrule stretch out from wherever they looked.

We’re a long way from a VR entry in The Legend of Zelda franchise, and no matter how far we come with VR technology, that will always be a big shame. Imitators will be able to make us feel like we’re stepping inside Hyrule in the years to come, but they’ll always play second fiddle to the real deal. Hopefully one day we’ll see the company embrace VR.

The post Make it a (Virtual) Reality: The Legend of Zelda: Tri Force Heroes appeared first on VRFocus.