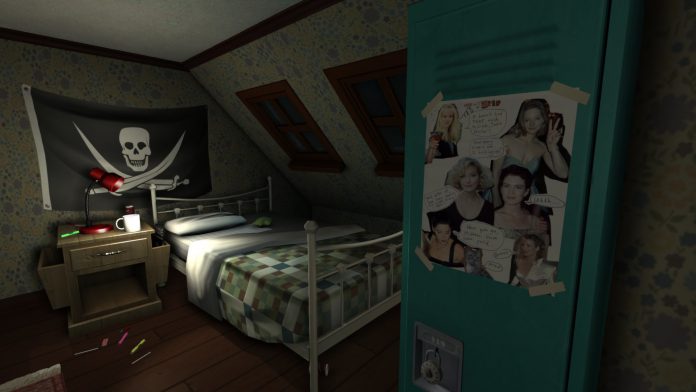 The best virtual reality (VR) titles have to be built from the ground up. Developers need to consider a wide array of aspects such as environmental design, movement speed, HUD and much, much more before they integrate the technology into their videogames. Everyone wants to make exceptions to that rule, however, even including the likes of Oculus Rift head-mounted display (HMD) creator, Palmer Luckey, who once said he’d like to see No Man’s Sky in VR. One title that almost anyone that’s played would agree is perfect for VR? Gone Home.

Released on consoles for the first time this month, Gone Home is indie developer The Fullbright Company’s seminal story-driven adventure. Players are cast as 21-year-old Kaitlin Greenbriar, who returns home to her family house one night after time off travelling. The house is empty, however, and Kaitlin explores her house looking for clues as to where her father, mother and sister Samantha are, with the main plot largely revolving around her sibling.

Along with the likes of Dear Esther, Gone Home has influenced countless titles since its release back in 2013 thanks to its strict focus on story over any other kind of gameplay element. There are no puzzles to solve and no enemies to hide from; searching for items and unravelling the story is the only hook it needs to pull players through. It’s created an entirely new genre that’s already being explored in VR with titles like Pollen and Verde Station. But the original entry in this new way to play still hasn’t seen its own VR support, and that’s something that should be fixed.

The surreal atmosphere and stunning sense of place that Gone Home provides would only be heightened inside the Oculus Rift, HTC Vive or PlayStation VR. Notes are read from scrawled handwriting and objects are picked up and examined before being put back in place. There would only be the limitations of the tech itself to separate the player from the virtual environment that they explore. Gone Home is usually played in one sitting and, here, you could easily see it being played in one standing. 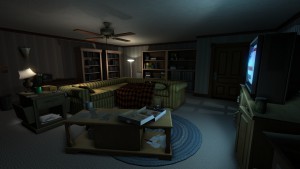 To go one step further and implement systems such as Room Scale user-tracking or position tracked controllers could also add that earthy degree of realism to the experience. Picking up notes with your own hands and bringing them to eye-level, navigating around furniture and looking for hints and tips among desks and shelves, these aspects aren’t exactly necessary, but could go a long way to grounding the player in the story of Gone Home that bit more.

The best fit, though, is the style of storytelling that Gone Home promotes.  Players aren’t force fed a story here; they discover it themselves without any outside aid. It’s a completely natural way to learn about characters and events that brings you closer to the world you explore. That fits VR’s style perfectly, removing an artificial elements that are there to remind you you’re in a game. There could be a better style of storytelling to feature in a VR title.

Gone Home isn’t something that many would play again in a standard format, but everyone would jump at the chance to re-experience in VR. Bringing Samantha’s story to life this way could be a brilliant tool in helping convince many gamers of the power of this new medium.

The post Make it a (Virtual) Reality: Gone Home appeared first on VRFocus.