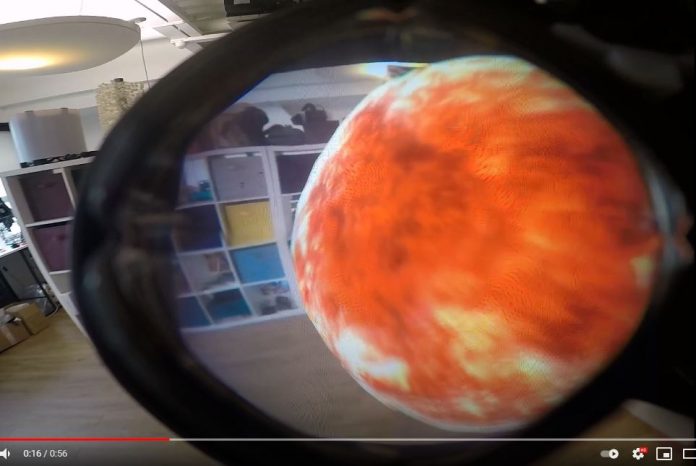 I personally don’t own any AR glasses but I have tried several of them, including Hololens, at conventions such as CES.   The one thing common with the AR glasses I’ve tried is that they all used a transparent LCD screen for the AR effects.  Although the head tracking was generally accurate for most of them, the field of view of the AR effects was extremely small, which is why I found them unconvincing.

Here is a through-the-lens view of Hololens 1 by Offstandard Studios.  You can see how limited the AR view is.

Here is a framegrab from another Hololens video by Nick Rewkowski.  Hololens 2 has a much larger field of view but is still limited.  You will still see a cutoff.

A few years ago, there was a lot of hype about Magic Leap.  But even Magic Leap has a limited field of view.  Here’s a sample by tested:

Here you can see the tyrannosaurus rex’s head is cutoff by Magic Leap’s limited field of view.

The limited FOV of AR glasses breaks immersion and in my opinion is the biggest weakness of current generation AR headsets.

LYNX USES A DIFFERENT APPROACH FOR A VERY WIDE FOV

Instead of using a transparent LCD like most other AR headsets, Lynx uses a display similar to VR glasses, with a relatively wide field of view.  It then uses cameras to show a passthrough view of the outside world.  The AR effects and passthrough view are both shown on the same display, so the AR effects aren’t cutoff abruptly, unlike other VR headsets.  Moreover, the AR objects appear solid and opaque, unlike the translucent AR objects in other AR glasses.

At the same time, Lynx does a pretty job with its passthrough camera, which seem to have fairly low latency, although the colors are not perfect.

I would wager that most people wearing AR glasses would prioritize the wider AR field of view over the fidelity of the view of the outside world.  Another advantage of Lynx’s headset is that it can be used for VR as well, without any modifications, simply by turning off the passthrough view.

The biggest issue with Lynx is the price, which is around $1499.  Does this mean consumers won’t be able to get AR glasses with a wide FOV?  Not at all.  Quest and Quest 2 have a decent passthrough view and I can imagine Facebook’s next VR headset may be similar to Lynx in being usable for both AR and VR.