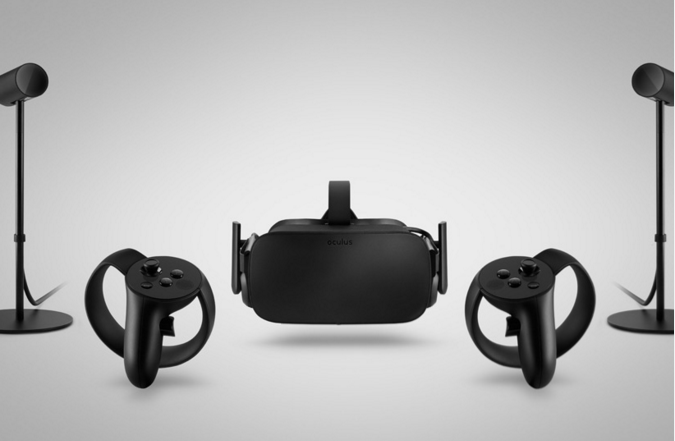 The Oculus Rift isn’t the only big product that Oculus VR will be launching this year. The company is also prepping Oculus Touch, a pair of position tracked controllers that will launch in H2 2016 to complement the upcoming virtual reality (VR) head-mounted display (HMD). Pre-orders for the Oculus Rift, which launches in Q1 2016, will be opening tomorrow. As for Oculus Touch pre-orders? You’ll be able to reserve a place in line by placing an order for the HMD it supports tomorrow.

This much was confirmed but Oculus Rift creator Palmer Luckey. “Good news, everyone: When you preorder Rift, you also reserve your spot for Touch preorders,” he explained over on Twitter. “First in line for Rift=First in line for Touch.” It’s still not yet clear when the pre-orders for Oculus Touch will open, nor how this will work with those that are getting a free Oculus Rift as a result of backing the 2012 Kickstarter campaign.

He later added: “People ask about Touch+Rift discount – Everyone with Touch needs a Rift, consider discount built into price of the subsidized Rift hardware.” Oculus Touch was recently redesigned, though still contains the core features such as buttons, analogue sticks and triggers.

For the latest updates on both the Oculus Rift and Oculus Touch, stay tuned to VRFocus.

The post Luckey: Those That Pre-Order Oculus Rift Will ‘reserve a spot’ for Oculus Touch appeared first on VRFocus.