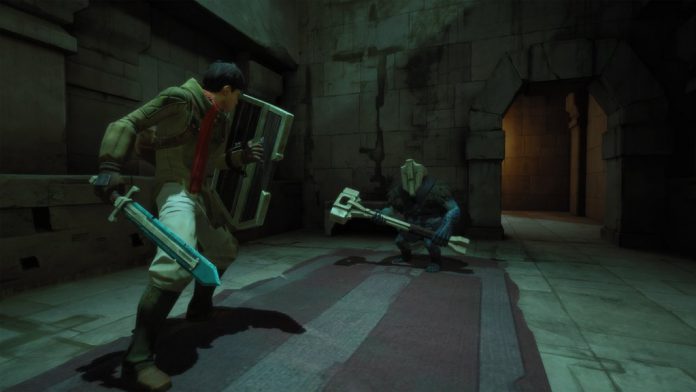 The next few weeks are going to be an exciting time for virtual reality (VR) enthusiasts across the globe, with the Game Developers Conference (GDC) likely to hold a few surprises, then at the end of the month Oculus VR will begin shipping the consumer version of its head-mounted display (HMD) Oculus Rift. Those that have pre-ordered will be getting EVE: Valkyrie and Lucky’s Tale bundled in, but what other titles should you be looking to purchase? Oculus VR’s founder Palmer Luckey recently took to Twitter to talk up Gunfire Games’ VR offering Chronos.

At the weekend Luckey tweeted: “Chronos is like OG LOZ on VR steroids, more depth than almost any other VR game at this point!” Referring to Nintendo’s renowned third-person role playing game (RPG) series Legend of Zelda, Luckey indicates this is a title worth looking at if players want a deeper RPG VR experience.

Also confirmed by Gunfire Games is the fact Chronos will be a launch title for the headset. Until this point the developer hadn’t officially confirmed it, but in response to a question via Luckey’s tweet, the studio said: “It will be available day and date for the #OculusRift launch!”

In Chronos players control a young boy or girl on a lifelong quest to complete an ancient labyrinth. This Labyrinth holds the secrets necessary to save his homeland from a great evil. The unique twist in the game is that the labyrinth can only be opened once a year. As the hero explores the many caverns and tombs to unlock the secrets inside, he must avoid failure. If he fails in his quest he is cast out and must return one year later. Meaning that as each subsequent attempt fails the character ages and there for loses the benefit of youth, being quick and agile and replaces those qualities as he ages for wisdom and magic.

VRFocus will continue its coverage of Chronos, reporting back with the latest updates to the title.

The post Luckey: Rift Exclusive Chronos has ‘more depth’ than Any Other VR Game appeared first on VRFocus.