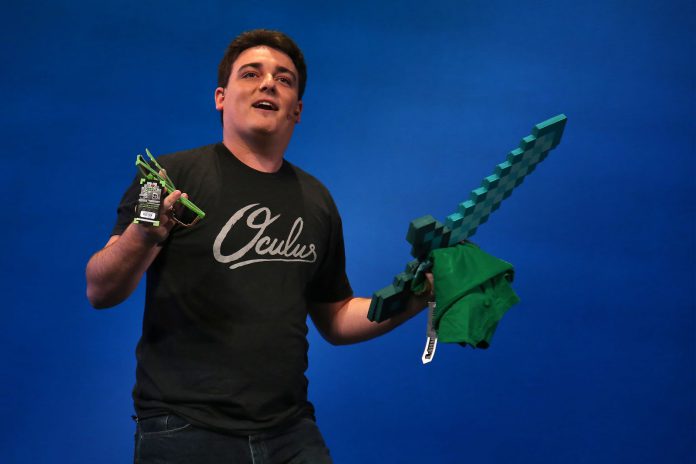 One question that those working in the virtual reality (VR) industry are often asked is ‘why now’? This isn’t the first time that VR has tried to break into the mainstream market, with earlier attempts ultimately failing to catch on. Fans know why this time is different; consumer-level hardware is now powerful enough to bring VR into the home. But, according to Oculus Rift head-mounted display (HMD) creator Palmer Luckey, this has only very recently become the case.

Luckey said as much in a recent interview with Maximum PC. “There’s kind of two sides,” he replied when asked as to why VR should succeed this time. “One is the side we control, so things like displays, optics, motion sensors. Those weren’t nearly as good in the past. It’s really only in the last few years that it’s become viable to build a good virtual reality headset.

“But, more than that, it’s the proliferation of high-end computers for everybody. If you look back to the 80’s and 90’s when virtual reality was first kind of having its first serious run at mainstream penetration, the best VR experiences were running on like SG workstations that cost tens of thousands of dollars or even hundreds of thousands of dollars. But now everyone’s computer is capable of rendering high framerate 3D graphics. Maybe not photorealistic ones, maybe not to the level of quality we want from virtual reality in the near and distant future, but it’s enough to make it work.”

He continued, adding: “And so, for the first time ever, virtual reality is actually viable as something you can use at home. If you look back to the 80’s and 90’s again, those companies didn’t fail because of bad business or bad marketing or because consumers thought it was weird. It’s because people just didn’t have machines that could render an experience that was anything close to comfortable or compelling and that’s all changed.”

When asked it past failures were primarily concerned with timing, Luckey replied: “It’s almost entirely a timing issue. It would have been impossible to start Oculus in even the mid-2000’s. It wasn’t until between 2007 and 2009 was when the technology was becoming viable to build something on the level of the development kits that we’ve shipped so far.”

VRFocus will continue to follow the Oculus Rift and Oculus VR closely, reporting back with the latest on them.

The post Luckey: ‘it would have been impossible to start Oculus VR in the mid-2000’s’ appeared first on VRFocus.