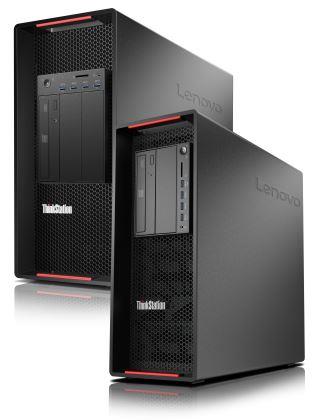 HP, Dell, Alienware, Asus, and MSI have all partnered with either Oculus VR and/or HTC to offer virtual reality (VR) ready PCs thus far. The Oculus Rift head-mounted display (HMD) creator has its ‘Oculus Ready PC Programme’ while the makers of the HTC Vive have a simple ‘VR Ready’ promotion. One well known manufacturer that’s yet to get on board with a VR ready machine, however, is Lenovo. That’s changed recently, though, as the company has partnered with GPU manufacturer NVIDIA to announced its first rigs to support the tech.

As announced at the recent NVIDIA GPU Technology Conference in San Jose, California, Lenovo’s ThinkStation P500, P710 and P910 with NVIDIA Quadro configurations are all joining the ‘VR Ready’ PC range. At the show, the P500 was used to run both the Oculus Rift and the HTC Vive, showcasing an experience from WorldViz. In a blog post announcing the news, the company noted that it was looking at VR from a business perspective, and not just as a videogame peripheral.

“There are no limits to how virtual reality is changing the future of many professional industries,” the blog reads. “VR platforms provide researchers controlled and replicable experimental setups and allow enhanced manipulation that would be impossible in real-life scenarios. In the architecture, engineering and construction industries, VR solutions enable professionals to literally walk through their models at full scale and enhance communications and collaboration across teams – reducing design costs and shortening time to market. And when it comes to manufacturing, VR is transforming evaluation of prototypes and training methods – streamlining the creation and visualization of 3D content for product review, testing and training.”

Check back with VRFocus for the latest updates on VR ready machines.