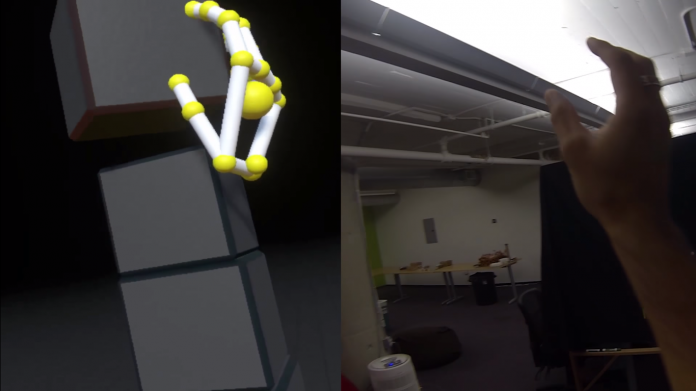 Blocks, an app created by Leap Motion, has previously existed just as a demo built for Leap Motion Orion that demonstrated how impressive physics in virtual reality (VR) really can be. Now the studio has released this app for the HTC Vive head-mounted display (HMD), adding to the Oculus Rift version.

With the Blocks app, users are able to create and interact with shapes as well as manipulate gravity in VR. As shown in the video below for the HTC Vive, and there is also one for the Oculus Rift available, users are able to throw blocks on top of each other, using their fingers to grab and pinch shapes into existence. Also using their hands, they can command the shapes to rise and float with God-like power by cancelling out gravity.

Blocks is built with Leap Motion’s own upcoming interaction engine, Leap Motion Orion, which allows users to experience physical interactions with digital objects by only using the tracking of their hands. The physics demonstrating app was used as the initial demo to showcase this engine’s capabilities but now it has released as its own entity on PC-based HMDs.

“Orion software represents a paradigm shift in how we do hand tracking,” David Holz, Leap Motion Co-founder and CTO said in a previous statement when talking about Orion. “It’s built from the ground up specifically for VR. It’s radically smoother, faster, more reliable, and far more capable than even the best of what’s existed before.”

“Because this shift is so stark, we’re making Orion software available on our peripheral starting today so developers can begin exploring a totally new generation of experiences in virtual reality.”

For more updates from Leap Motion, as well as the latest news and features in the world of VR, make sure to check back with VRFocus.