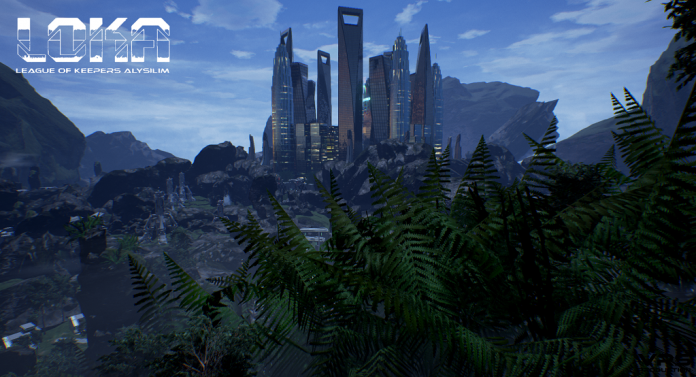 When videogames arrive on Steam Early Access some land with a bigger bang than others. Hoping to make a big impression this week is League of Keepers Allysium, an MMO role-playing-game (RPG) from Russian indie studio VRS Production. To celebrate the launch the developer has revealed a cash prize tournament will be taking place.

From launch day on Wednesday 20th July, VRS Production will run the tournament for two weeks with a $100,000 USD prize fund available. Each entrant will be allocated 60 hours of game time over the 14 days to acquire as many points as possible. On the lobbies main page players will find the leaderboard with the top combatants all shown in real-time.

There are various ways to earn points, players can use Quick Game Modes or engage in Leagues after creating one or joining someone else’s league, with 8 players being the minimum number of league participants. Players can also earn points by extracting important research items.

League of Keepers Allysium, is a first-person shooter (FPS) that takes place in a distant future where an AI called Allysium has taken over the world, leading humanity into chaos and war. Taking on the role of a freedom-fighter – or ‘Keeper’ – players will be able to  experiment with customization options that upgrade both the human body and mind. Through successive battle players be able to upgrade and redesign their arsenal, with better technology becoming available.

The title is scheduled to be in Steam Early Access for around a year with a wealth of additional features planned for the future. One of which is virtual reality (VR) support. VRS Production hasn’t stated when or which head-mounted displays (HMDs) support is planned for, just that it will be coming.