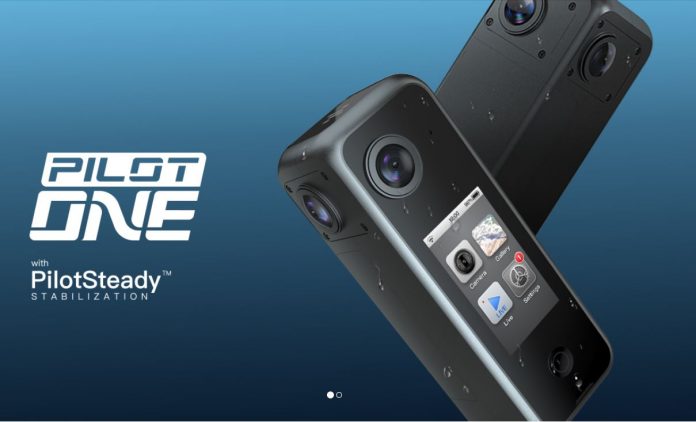 
Labpano has released an update to the Pilot One 8K 360 camera to add optical flow stitching for smoother stitching.  Does it really improve the stitching?  Check out a sample 360 photo and a 360 video that shows the new stabilization.

Pilot One is the second camera from Labpano (formerly known as Pisofttech).  Its predecessor, the Pilot Era, was one of the first 360 cameras to feature a touchscreen, in-camera stitching with stabilization (albeit not in realtime), and 8K video in a compact package.  The Pilot One offered most of the features, including 8K 360 videos and 8K 360 photos, in a more compact and affordable package.

Despite its strengths, one issue with the Pilot One was the stitching.  The Pilot Era and Pilot One have four lenses that are offset from the middle, which makes it harder to stitch them smoothly compared to two-lens 360 cameras with slim bodies such as the Ricoh Theta.

Here’s a sample photo where I stood in the stitch line.  I was about 3 feet away from the camera.  The stitching on my face looks smooth and is a huge improvement from the stitching in previous versions.

On the other hand, the stitching on the opposite side (with the air conditioner) is not as smooth, although still an improvement from previous versions.

I also tested the stabilization and found it was also improved.  However, the white balance is way off and I didn’t find a setting to change it.

What do you think of the update? Let me know in the comments!