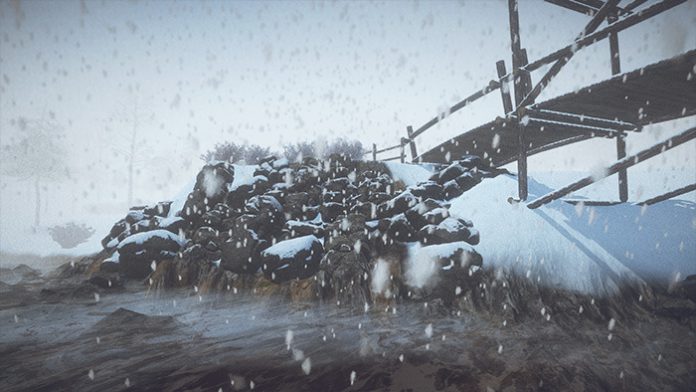 Since running a successful Kickstarter crowd-funding campaign for its upcoming first-person adventure title, Kôna, indie developer Parabole has been hard at work on the project. The team managed to raise some $44,271 towards development, which is helping to also to bring support for the Oculus Rift virtual reality (VR) head-mounted display (HMD). The campaign page had predicted a November 2015 launch for the first episode of the episodic videogame, titled Kôna: Day One. However, this week the developer has provided an update to explain that it won’t quite be reaching that goal.

Kôna: Day One is now expected to arrive in January 2016, with a beta for those that backed the campaign aiming to release towards the end of this year.

“In our latest post, we mentioned an extra $215 000 CAD budget for the game,” Parabole noted in a Kickstarter update. “There were unfortunate delays for the funds to come in for the production, and because of that, it would be risky and bad for the quality of the game if we were to release it in November as it was planned. We know that many indie games tend to postpone their release, and we honestly wanted to avoid that as much as possible, but there are high expectations for Kôna and we want to live up to them, so a release in November is too tight. We have the funds and 7 people are working full-time on the game now, so it should be ready in January 2016. For our KS backers, we plan on having a playable but spoiler-free beta version of the game by the end of the year.”

Kôna is set in 1970 casts players as Carl Faubert, a war veteran turned private detective. Faubert is hired by a rich industrialist named W. Hamilton to look into vandalism carried out on his summer home in Northern Quebec, Canada. However, as Faubert arrives on the scene he finds that the entire area is deserted. Players will investigate the disappearance of the local community, exploring the area, uncovering clues and driving vehicles. The title aims to force players into solving its puzzles without much in the way of help from the developer itself.

VRFocus will continue to follow Kôna closely, reporting back with any further updates on the title’s progress.

The post Kôna Delayed into 2016, Beta Coming This Year appeared first on VRFocus.