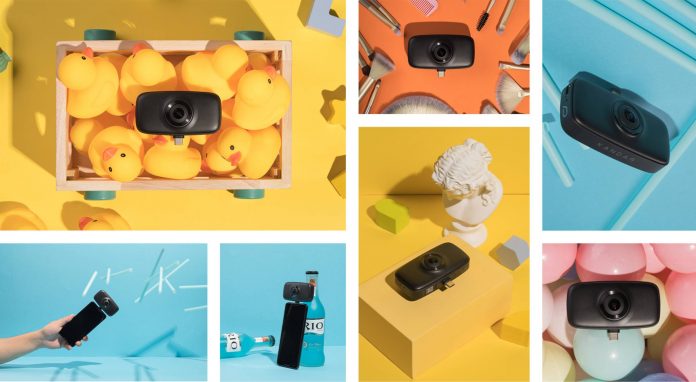 
Kandao has launched an affordable 360 camera for vlogging called the Qoocam FUN with built-in stabilization.  It connects directly to your phone.  How is it different from Madv Mini, Insta360 Air, Insta360 Nano S?  Here are its specifications and features, and a hands-on review.

Qoocam FUN is an affordable 360 camera for your smartphone (Android only for now but they may add an iPhone version).   It is designed to make vlogging easier and connects directly to your camera’s USB port.

Here is the product video:

Here are its key specifications:

Here is a hands-on review and tutorial by Yuqing Guo:

I’ll try to see if I can get a unit for review.  So far, the photo and video quality seem pretty good for a 360 camera that costs under $200.   My main concern is that it does not appear to be usable without being connected your phone.  However, you can use a smartphone tripod adapter and a selfie stick to capture a 3rd person view.

AVAILABILITY; WHERE TO BUY

Qoocam FUN is available now for $169, direct from Kandao.

The post Kandao Qoocam Fun is an affordable 360 camera for your phone appeared first on 360 Rumors.