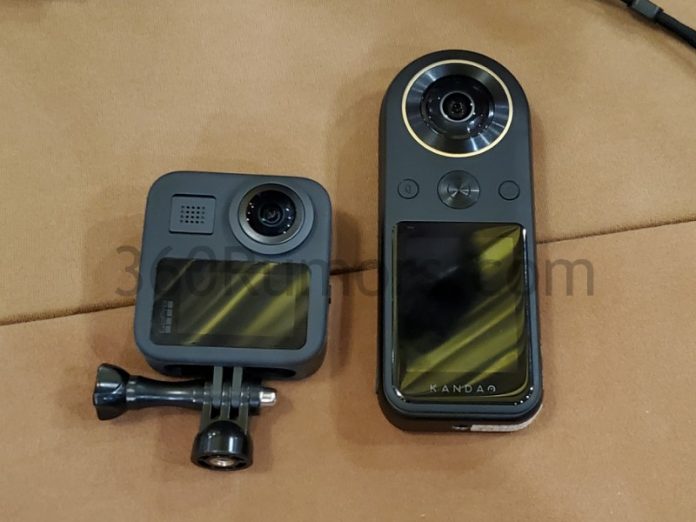 
Kandao Qoocam 8K is the first 8K 360 camera for consumers.  At just $589, it is the most affordable 8K 360 camera on the market.  Moreover, Kandao’s CEO stated to me that it has the same detail and video quality as the highly regarded Kandao Obsidian R (which currently costs $4199) albeit in monoscopic 360 video only.  I had the chance to try it out and here are my hands-on impressions.

High quality photos: photo resolution is 7680 x 3840, which is tied for the highest photo resolution among consumer 360 cameras.  It also has support for 12-bit DNG Raw, DNG8 Raw Burst mode, and Realtime Raw+, which can stack an 8-shot DNG raw burst and convert it to 16bit DNG output within the camera, which can then be stitched in the mobile or desktop app.

Touchscreen: It has a 2.4-inch touchscreen that can be used not only for changing settings but also previewing and reviewing photos and videos.  Unlike the GoPro MAX (reviewed here), you will be able to swipe the screen to look around 360 photos and videos.

8K Express Edit: you can convert 8K 360 videos into 4K overcapture non-360 videos on your phone.

Charge while recording.  The Qoocam 8K can record while charging via USB.

The Qoocam 8K was larger and heavier than I expected.  It is about the same thickness as the GoPro MAX but almost twice the height.  It also seems heavier than a Ricoh Theta Z1.  However, it is still as pocketable as a larger but thicker smartphone.

The controls are intuitive, particularly with the touchscreen.  It can get quite hot due to its high resolution, and because it radiates heat through vents in between the camera, although there is a plastic frame accessory that makes it more comfortable to hold.

Kandao did not have sample photos or videos available for inspection, claiming that the stitching had not yet been finalized as of the launch.  Nonetheless, based on what I saw in terms of overcapture samples and the hardware, the Qoocam 8K appears to have the highest video and photo quality for consumer 360 cameras, certainly at anything close to this price range.  I will be posting a hands-on review as soon as I receive my camera, which Kandao said they would send by the end of November 2019.

Check back here for my hands-on video.

Qoocam 8K will be available for preorder for $589, direct from Kandao, or from Amazon or B&H Photo.  Although it costs more than most other 360 cameras, it will deliver professional quality video at a consumer price, and is therefore a very good value at that price.