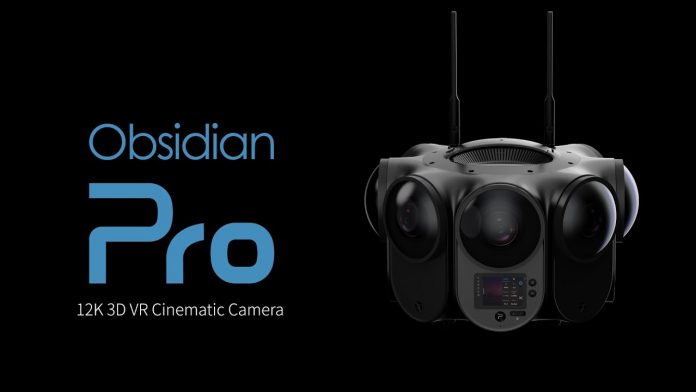 
The Kandao Obsidian Pro, a 12K 3D 360 camera, has been officially launched, with a few surprises from the information I’ve posted previously.

1. SSD.  Most professional 360 cameras use several memory cards (usually one per sensor).  This is necessary to record an adequately high bitrate for each sensor.  The Insta360 Titan, for example, uses nine SD cards.  The Obsidian Pro on the other hand, records eight videos simultaneously to a single SSD drive.  This could make the workflow much easier.

3. Super VC liquid cooling.  When recording very high resolution videos, the sensors and processor can overheat quickly.  The Obsidian Pro is the world’s first 360 camera to have liquid cooling, which should provide more effective cooling than fans alone or passive cooling mechanisms.

The Obsidian Pro prices are as follows:

The Obsidian Pro is available for order direct from Kandao and will begin shipping May 20.  They also have a special launch promo: from April 15 to May 31, 8TB SSD Bundle can be upgraded to 16TB SSD Bundle for free.