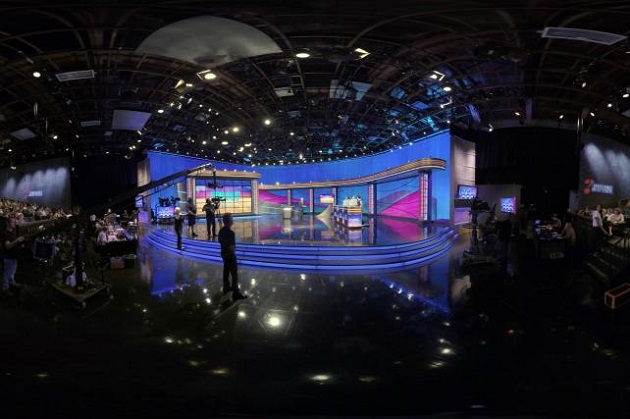 Virtual reality (VR) technology is a buzzword with marketing companies at the moment. Brands across the world are using VR to attract tech savvy consumers with their next immersive experience. Those consumers tend to be younger, and Jeopardy one of the longest-running game shows wants to tap into this market by releasing behind the scenes 360-degree video footage towards the end of its two-week Tournament of Champions.

The footage will enable viewers to experience the same as audience members, being on-set during the last five minutes of the tournament. After the finals have been televised, the 360 degree video footage will be available across multiple outlets including Facebook and YouTube as well as the recently launched Jeopardy.com. This should mean fans who have a Google Cardboard or similar head-mounted display (HMD) will be able to use the YouTube app to fully enjoy the footage.

All this is part of the show’s continuing efforts to attract younger viewers as currently the average viewer age has been 60.7 this season, down slightly from 61.4 during last years show, reports AdvertisingAge.

The Jeopardy 360 degree video experience is produced in partnership with Los Angeles, California-based digital agency TVGla, which has previously worked on projects for Wheel of Fortune, Fast & Furious 7 and the 2014 Winter Olympics among others.

VRFocus will continue to follow all the latest news relating to 360 degree video experiences, reporting back any announcements.