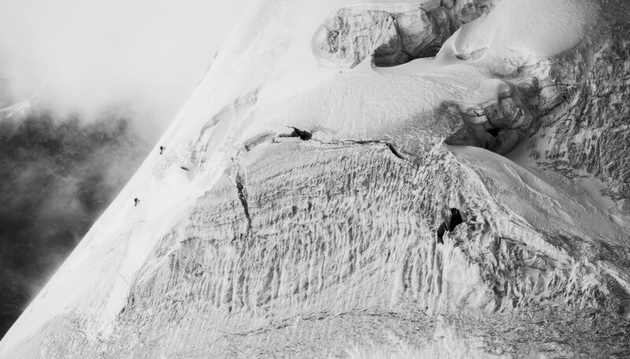 Since releasing its first 360 degree video featuring Sir Paul McCartney almost a year ago to the day, cinematic virtual reality (VR) company Jaunt has provided a steady stream of content for head-mounted display (HMD) owners to enjoy. There’s been more music from the likes of Jack White, partnerships with brands such as The North Face and even mini-documentaries such as the Inside Syria VR piece. Today, Jaunt is teaming up with North Face again, this time to provide a travel project named The Nepal Experience.

This new video was shot in February 2015, following athletes Renan Ozturk and Tim Kemple as they trek through the country to test The North Face’s Summit Series brand of equipment. Starting in Swayambhunath and Thamel, the experience travels through areas such as the lower Khumbu glacier and the Lobuche Peak. Jaunt and The North Face will have the video on display at the London-based The North Face Regent Store as well as locations in San Francisco and New York. The pair will also be distributed to more than 75,000 Outside Magazine subscribers along with a Google Cardboard mobile HMD packed-in.

It’s also interesting to note that this footage was obviously shot before Apirl’s tragic earthquake, which decimated Nepal and killed nearly 9,000 people. As Jaunt itself notes, the video somewhat unintentionally serves to preserve the country before this disaster. As with other Jaunt projects, the content is viewed on a smartphone that’s slotted into a Google Cardboard HMD to allow users to look around the experience as if they were actually there themselves. It’s not yet clear if Jaunt also plans to bring the experience to PC-based HMDs such as the Oculus Rift or other mobile HMDs like Gear VR.

VRFocus will continue to follow Jaunt’s work in VR closely, reporting back with the latest updates from the company.