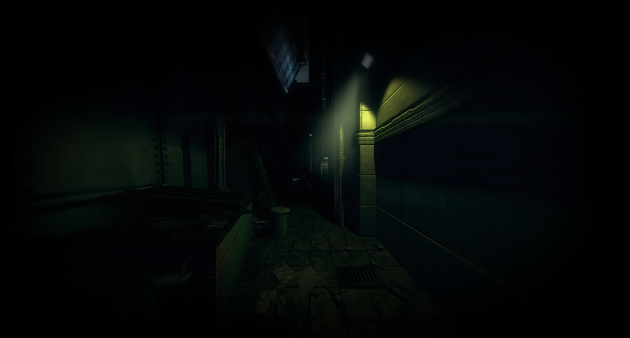 It’s a busy time for Iris VR, the virtual reality (VR) developer behind upcoming adventure title, Technolust. Along with this original project, the studio is now working on a spinoff known as Technolust: Scanlines, while also developing a standalone version of one of the arcade experiences that will feature in the original title named Kerser. Today, Iris VR is lifting the lid on another one of its projects, a new VR locomotion system known as Cloudstep, as well as releasing Kerser for a select amount of fans.

As VR enthusiasts might have guessed, Cloudstep’s name is a nod to Cloudhead Games, the developer of The Gallery series that recently reveal its own VR locomotion system named Blink, which allows players to easily teleport around an environment and utilise the HTC Vive head-mounted display’s (HMD’s) Room Scale user tracking. Like Blink, Cloudstep is designed for first-person experiences. What’s different from Cloudhead Games’ solution is that players will use an analogue stick to move as they would in a normal videogame. Instead of the expected movement, however, players will ‘jump’ towards that location in a series of steps.

As with any VR locomotion system, the aim is to eliminate simulation sickness and improve player comfort. The system has been developed with the help of Mark Schramm of Darkfield developer VR Bits, who can be heard explaining its systems in-depth below. Another video showcasing Cloudsteps in action can also be seen.

As for Kerser, the VR endless runner has been released for those that own an Oculus Rift DK2 and backed Technolust on Kickstarter last year. The project is being released to celebrate Back to the Future Day and contains some references to the classic films. This isn’t the only VR developer to recognise the event; Sony Computer Entertainment (SCE) recently teased the event with its own art featuring PlayStation VR.

VRFocus will continue to follow Iris VR’s work with VR, reporting back with the latest updates from the studio.