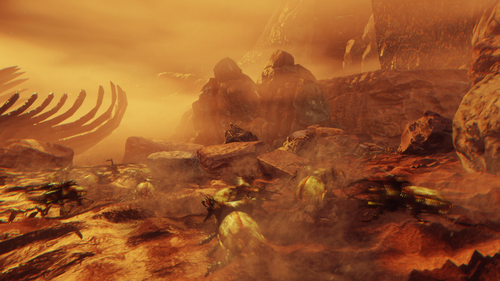 Headtrip Games has today launched the Steam Early Access version of the highly anticipated iOmoon. Having been in development for over a year, iOmoon comes to virtual reality (VR) gamers with a plan to launch the final version of the videogame before the year’s end.

iOmoon is a made for VR experience the which the player takes on the role of pilot an exploration probe into the heart of Jupiter’s moon iO. Exploration is key, but planning for survival while gathering evidence of possible life on another world.

According to the developer’s description on Steam, iOmoon is: “currently in a very stable, playable form that’s full of content, music and immersive gameplay. The main development is done, the major areas, controls, music, and bulk of the main map.”

Furthermore, the developer states that the videogame ‘runs smoothly’ on the Oculus Rift even in its present state. Early adopters will soon be able purchase iOmoon via Steam, though no specific pricing or release date has yet been announced. VRFocus will keep you updated with all the latest details from Headtrip Games.