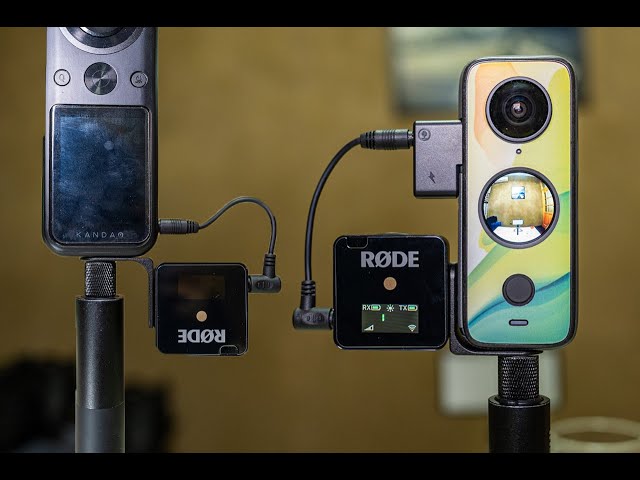 
There’s now an invisible external microphone mount for Insta360 One X2 that can also work with other 360 cameras.  UPDATE: it’s a new version of the Insta360 One X2 cold shoe (also called Ulanzi PT-20 mount).  How does this solve the problem?  Find out in this post.

One issue with 360 cameras is that the camera is usually somewhat far from the user, which is not good for audio quality.  Some cameras such as the Insta360 One R and One X2 can use Apple Airpods or bluetooth microphones such as Samsung Galaxy Buds, but the audio quality is not as good as an external microphone.  There are also 360 cameras with mic jacks, and there are wireless microphones.

Fortunately, Ulanzi has now created a new accessory that lets you mount the Rode Wireless Go securely and invisibly to the Insta360 One X2 or other 360 cameras.  It’s called the PT-20.  The kit also includes a cable that is short enough and stiff enough to stay within the stitch line.   Here’s a hands-on preview by Yuqing Guo.

The post Invisible microphone mount for Insta360 One X2 and other 360 cameras appeared first on 360 Rumors.