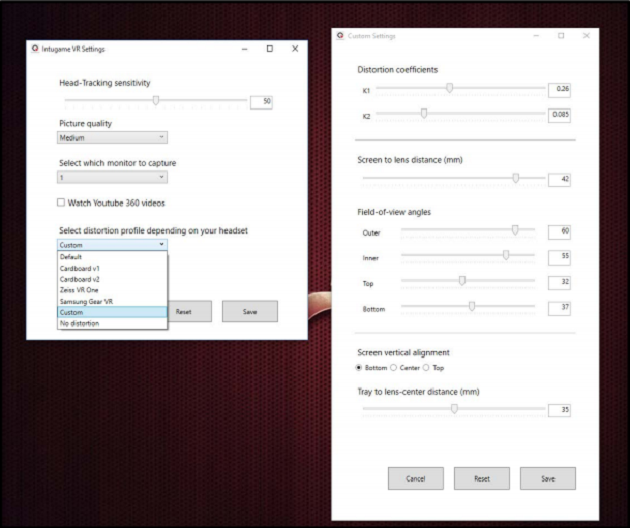 Intugame Entertainment announced several key improvements to its virtual reality (VR) streaming software Intugame VR earlier this month. The update included the ability to view streamed videogames in up to 60 frames-per-second (FPS). Now the developer has revealed its next set of improvements which are based around giving the user a range of customisation options to tweek their VR settings.

Intugame VR founders Krasimir Nikolov and Georgi Georgiev have said in a statement that: ‘You can email us your custom settings and headset and we can add them to the list’. Another new feature, the automatic saves of Error and Crash logs, also features this option. Users can e-mail the apps creators at support@intugame.com if any such accidents occur.

Intugame VR now displays the friendly PC name instead of the IP address, and stability is improved, as well as the performance when the phones resolution is higher than the desktop’s.

Intugame Entertainment has said more news for Intugame VR is on the way, and VRFocus will continue to follow any more news closely, reporting back with any new announcements.