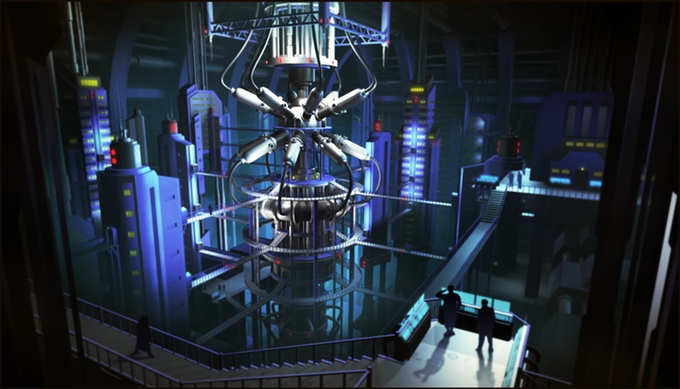 As virtual reality (VR) head-mounted displays (HMDs) finally prepare to launch for consumer markets, more and more videogame developers are being pulled in to work with the tech. One team that’s ‘very interested’ in working with the PlayStation VR HMD for PlayStation 4 is Interdimensional Games. The Canada-based developer is currently running a Kickstarter crowd-funding campaign for CONSORTIUM: The Tower, looking for some $450,000 CAD to bring the project to life. One unrevealed stretch goal for the project, however, is VR support.

The developer commented on VR support for its title to WCCF Tech recently. “We think it’s pretty cool, and it’s certainly good that the PS4 has such a large install base to start with,” the developer said of PlayStation VR specifically. “We are very interested in making a custom VR mode for The Tower, but the priority is to make an awesome “normal” game first and foremost.”

The FAQ section of the Kickstarter also reads: “We’re huge fans of VR here. We backed the Oculus Rift originally and are looking forward to getting our hands on the consumer version of it. Unreal 4 natively supports VR. So, this means that you will get BASIC VR support for The Tower out of the box. If you don’t get sick by running and flying around in the game in VR mode, then you’ll be good to go.

“However, CUSTOM VR support that is designed with VR explicitly in mind is a more serious proposition, and it’s something we’ve been thinking about for a long time. It is, in fact, a stretch goal.”

CONSORTIUM: The Tower is due to release on PC, PlayStation 4 and Xbox One. The developer describes it as a single-player first-person immersive simulation that’s a mix of iconic videogame Deus Ex and classic action film Die Hard. Players are cast as Consortium officer Bishop Six and can choose to either fight or sneak through missions in a story that the player’s decisions will influence.

For updates on all VR compatible titles, keep reading VRFocus.