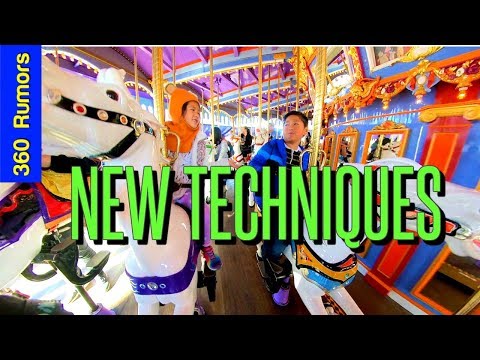 
Insta360 Studio 2019 (formerly Insta360 Studio for One X) is a free 360 video editor for creating videos with cinematic camera movements through non-360 overcapture / reframed / freecapture videos.  It works not just for Insta360 One X but also for many other 360 cameras from other manufacturers.

Studio is a free app for Windows and Mac, and has long been my favorite app for converting 360 videos into cropped / non-360 overcapture-style videos with keyframed camera movements.  With the Insta360 camera files, you’ll be able to edit unstitched .insv videos and immediately convert them into overcapture videos without stitching them.  Here’s a tutorial.

Why use Insta360 Studio?

There are other software for converting 360 video into non-360 video, such as the GoPro VR Reframe effect in Adobe Premiere.  However, Studio is intuitive, and can change projections (e.g. changing from rectilinear to fisheye, which many 360 video editors can’t do).  It’s also available for free, for both Windows and Mac, and is compatible with 360 videos from almost any 360 camera, so long as the video is in standard equirectangular format (the aspect ratio must also be 2:1), and the video resolution can be up to 5.7K.  Studio 2019 is available as a free download here from Insta360.com.

Interval Shooting: If you use the Interval Shooting mode, Studio will now recognize the interval photos, group them in Studio, and render them with sequential filenames.  In Premiere, you’ll be able to convert them into a timelapse video.  However, Studio 2019 won’t be able to preview the timelapse, convert it into a video, nor deflicker the images.

Here is my new tutorial (which can also be used for other Insta360 consumer 360 cameras, or to some extent even 360 cameras from other brands):

Here is my previous tutorial for the older version:

How to save projects in Insta360 Studio?

On Studio 2019, you can save your edits by going to File… Save.  The keyframe edits will be saved into the video file.

For the older Insta360 Studio, when you create keyframes, they are automatically saved.  When you reopen the same file, you’ll see the keyframes again: