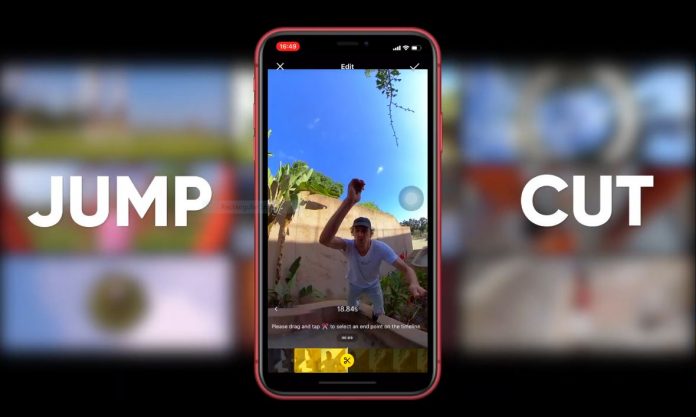 Here’s a video that shows the new features:

Here are the features:

Jump Cut for One R app: in a recent survey conducted by Insta360, they found that jump cut was the most requested feature for their app, and now it’s being implemented.  With this feature in the One R app, you can split a longer video and remove segments, with no gaps in between.  This makes the editing look more interesting.

360 Transitions: complementing the app’s new capability to split videos, the One R app will also have transitions, especially designed for 360 videos.

Timeshift for Desktop: since Timeshift first debuted on the Insta360 One X, this has been the single most requested feature, and I’m glad to see them finally add it.  Timeshift lets you switch back and forth between slow motion and fast forward in the same video clip.  This speed ramp effect is used in many movies and was one of the popular features in the Insta360 One X and One R app.

Deep Track for Desktop: Deep Track uses AI to track your subjects intelligently, even when they go behind obstacles.  This was a key feature for the One R, and is now being added to Insta360 Studio.  It is not clear if this works with One R videos only, or if it will also work for other Insta360 cameras.

Prores support: as mentioned before, they’ve brought back Prores support in Insta360 Studio.  You might also have seen that the batch exporting bitrate options can go up to “Extremely High.”  In tests, I found it to be as high as 160 or even 190 mbps in H.265 (!) depending on your footage.

New Shot Lab effects:  I’ve already shown some of the updates previously including Clone Trail and Parallel Planet.  There are other new effects that will be added including Flash Dash, which is similar to a hyperlapse but adds animated lightning effects behind you.

With all these new features, the One R becomes even more compelling.  And for a limited time, they have a special summer sale where you can get the Insta360 One R at 10% discount.  Regularly $479, you can get the twin edition for $432 (this includes both a 360 mod and the 4K mod).  That’s the best price I’ve seen for the One R since its launch.  Thanks for using these affiliate links to support 360 Rumors at no additional cost to you so I can do more tests and reviews.

GoPro Hero 9 vs Hero 8 vs GoPro MAX: which has the best stabilization?