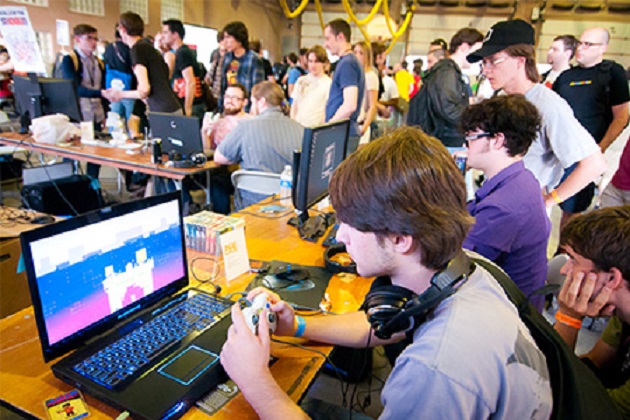 Next weekend sees the 2015 International Festival of Independent Games, also known as IndieCade, take place in Culver City, California. The official selection of virtual reality (VR) compatible titles which will be on display at the event have been revealed on the festivals website.

A total of nine videogames are on the IndieCade 2015 selection, with some familiar titles for reqular readers of VRFocus. They’re Awkward Ellie by Awkward, Classroom Aquatic by Sunken Places, ElemenTerra from Freeform Labs, Fathoms Below by Tegtap LLC, Goliath by Carleton BIT Program, I Expect You To Die from Schell Games, Job Simulator by Owlchemy Labs, Pixel Ripped 1989 by Pixel Ripped and XING: The Land Beyond from White Lotus Interactive.

“We’re thrilled to celebrate the strongest, most creative lineup of independently developed games at the Festival to date, while at the same time, providing the resources, peer mentoring, and sessions that can help indie devs succeed,” said Stephanie Barish, chief executive officer, IndieCade in a statement. “This year we will fearlessly tackle topics that will push the boundaries of design, discuss intimacy and consent, and explore all of the unique viewpoints and diversity of independent games. To see what’s next for gaming, come join us at IndieCade Festival 2015!”

The annual IndieCade Festival will also feature the IndieCade Awards where several VR and augmented reality (AR) titles have received nominations, including Darknet, Aboard The Looking Glass, Eleanor of Ayer and Fabulous Beasts.

The festival will be taking place from 23rd – 25th October 2015, and VRFocus will continue to report on all the latest VR news and updates from the event.