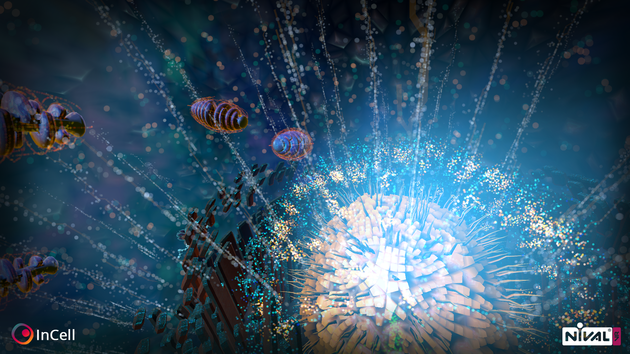 Over the past few months Nival VR’s InCell VR has released on various platforms, including the Gear VR, Google Cardboard, and Oculus Rift virtual reality (VR) head-mounted displays (HMDs) as well as non-VR systems such as Apple TV. Until today the experience has been a premium one but now the developer is opting to instead give it away for no charge across all of its released formats. For those that already purchased the experience, however, Nival VR has a surprise in store in order to make good.

While InCell VR can now be picked up for free on services such as Steam, those that already owned it will be getting the developer’s next title for free. To be clear, that title hasn’t yet been announced, but Nival VR notes that it has been working on it since October 2015. “To say “THANK YOU” to our first users (who payed [sic] for InCell) we promise to gift our next VR title at no cost (title is not announced yet but is in development since October 2015),” the developer said in a statement. “It will be automatically added to your Steam library on release day!”

InCell VR mixes action and racing with strategy and education, as players drive along a VR representation of a human cell. In the past, it’s been compared to the likes of Tammeka Games’ Radial-G, both of which feature tubular tracks to race across.

Keep with VRFocus for the latest updates on all VR compatible videogames.

The post InCell VR Now Free, Nival’s Next Game to Be Free for Those That Bought It appeared first on VRFocus.