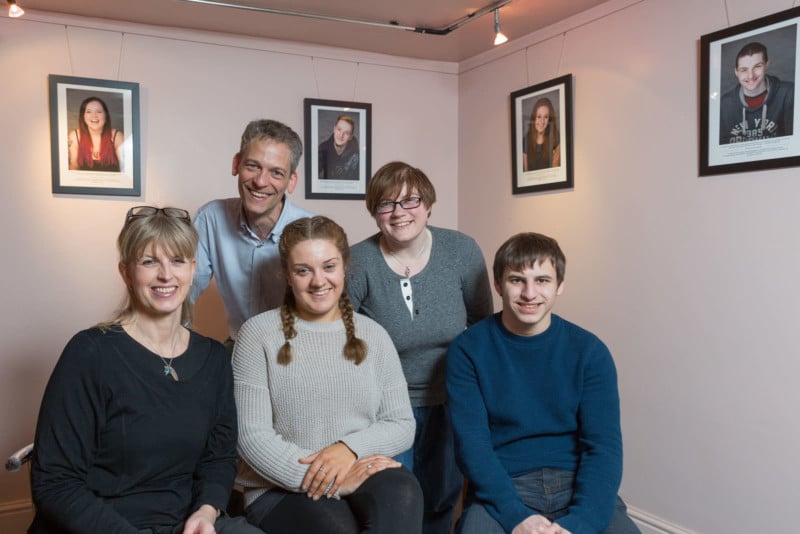 One of the often recurring discussions among professional photographers is whether or not we should ever work for free. I’ve been known to rail against those who do and against clients who request free pictures… so why did I recently waive my own rule?

A little background first: I describe myself as a corporate communications photographer working for businesses and organisations needing creative, high quality images for websites, brochures, press releases and so on.

However, between corporate assignments I will often seek out personal projects which interest me. These allow me to stretch myself creatively (I prefer not to experiment on paying clients) as well as try out new techniques (ditto).

Just before Christmas I was thinking about what my next personal project should be. In the back of my mind I was thinking I’d love to do something with a purpose beyond just trying out stuff or photographing random things. I wanted it to have some kind of purpose — perhaps an outcome which could help someone else or tell an important story.

Then I spotted a plea for help on Twitter from a local youth drop-in center which is at threat of closure due to funding running out in March this year. Something about that tweet made me pause and think that this could be the perfect project.

I got in touch with the center manager and suggested I could take portraits of the young people who benefit from the service and we arranged a meeting the following day.

What interested me was that this center, called Routes, is set up as a youth cafe where people, generally under 25, can go for help with issues ranging from homelessness to unemployment, mental issues, sexual health and drug abuse. The service is free, non-judgemental and is attractive to anyone who fears authority won’t give them the support they need. 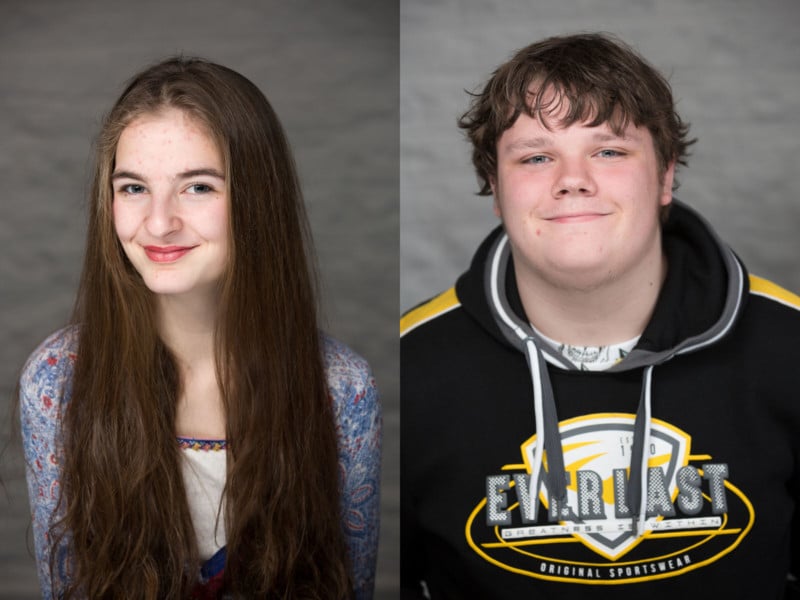 With the center manager, Sarah, I developed the idea of using the portraits with case studies to support grant fund applications, press releases, social media and so on. Then Sarah suggested an exhibition, which really interested me as I’d never had my work exhibited before.

With time running out for the center’s funding, we had to work fast, so early in January I set to work shooting the portraits. Within 5 weeks a set of 20 portraits was shot, edited, captioned, printed, framed and hung on the walls of a busy local cafe which often hosts art and photography exhibitions. 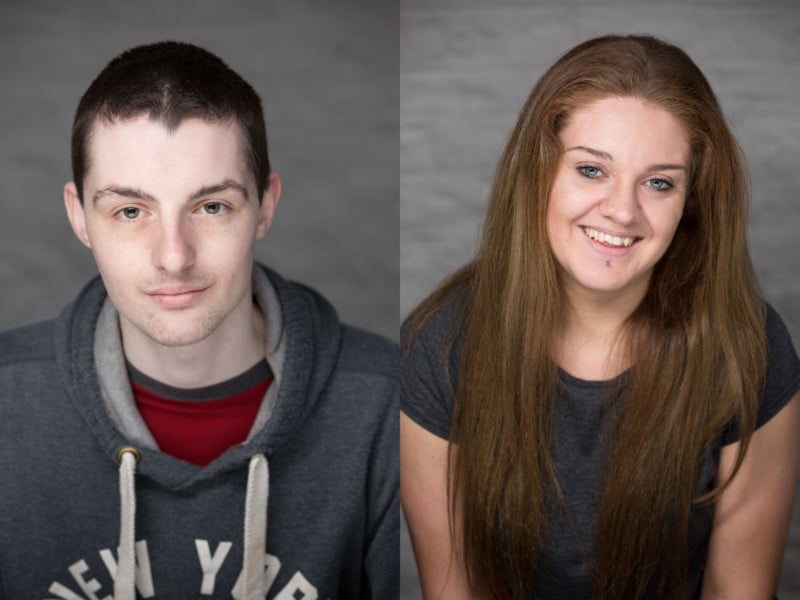 I put in a lot of work and donated a valuable licence to use the images, all for free, much against my natural inclination, but there are some crucial differences here.

For a start Routes didn’t approach me and ask that I work to their brief, their deadline and hand over rights well beyond what might be reasonable. It was my idea to approach them, I had full creative control, could pretty much dictate how and when I would shoot and the licence to use the images is restricted to Routes’ own use alongside the case studies. 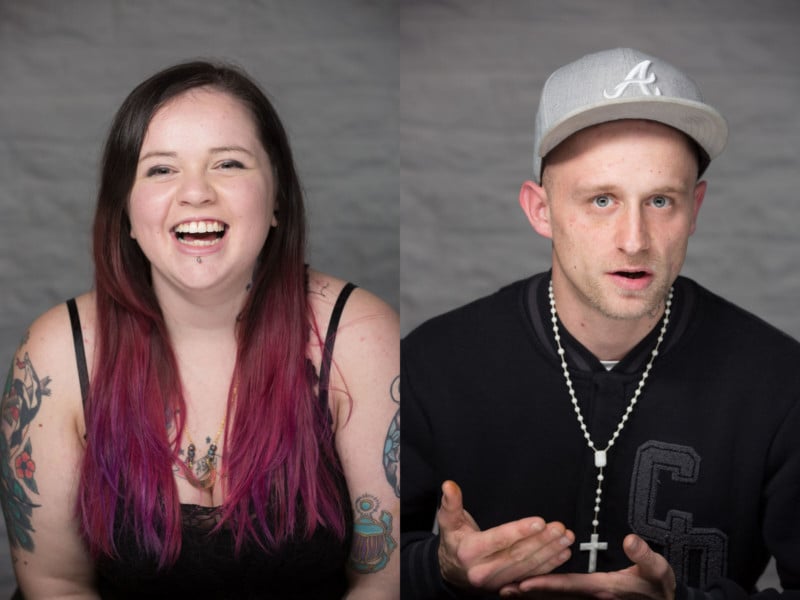 I have to admit, the project ballooned well beyond what I’d initially imagined. The editing took longer than I’d expected, I’ve written press releases, taken a press release photo, done a lot of social media work, dealt with the printers, framers, graphic designer, cafe owner and spent much of last Sunday hanging the pictures in the cafe.

However, at no time have I felt exploited nor have I regretted any of this effort. It was fantastically inspiring to work with the young people, it’s been invigorating to work on a project which was entirely within my control and to have it result in images which potentially could save a valuable local service. 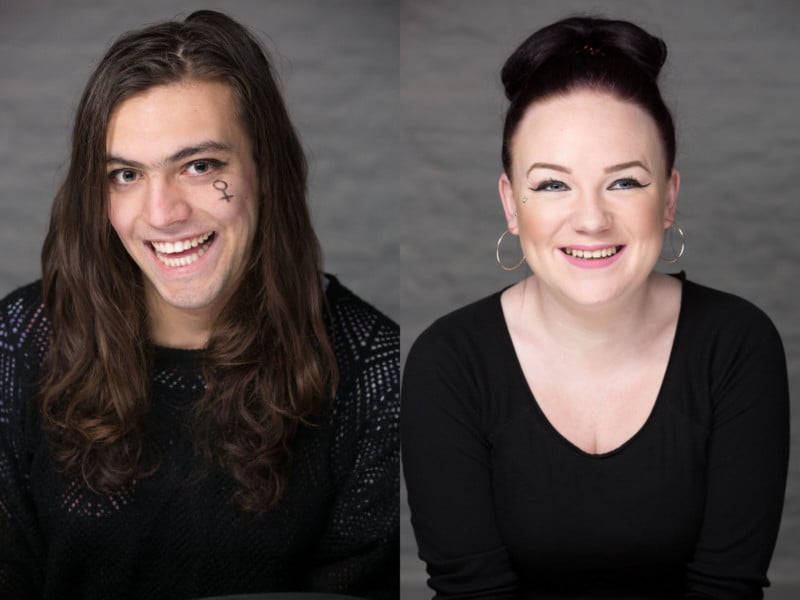 It’s still possible the service will have to close, but Sarah is working tirelessly to find other ways of winning the funding needed and the photos will bring the personal stories to those who control the purse strings as well as to a much wider audience, so fingers crossed they’ll do the trick.

What I’ve gained from all this, quite apart from the joy of working with the young people who posed for me and finding out just what’s involved in mounting even a small, local exhibition, is the opportunity to raise my profile in the area and even internationally.

The questions is, would I “work for free” again? As long as I got to control the creative aspects, timing, and perhaps the most critical aspect, image usage, if it’s a worthwhile project I would certainly think about it. 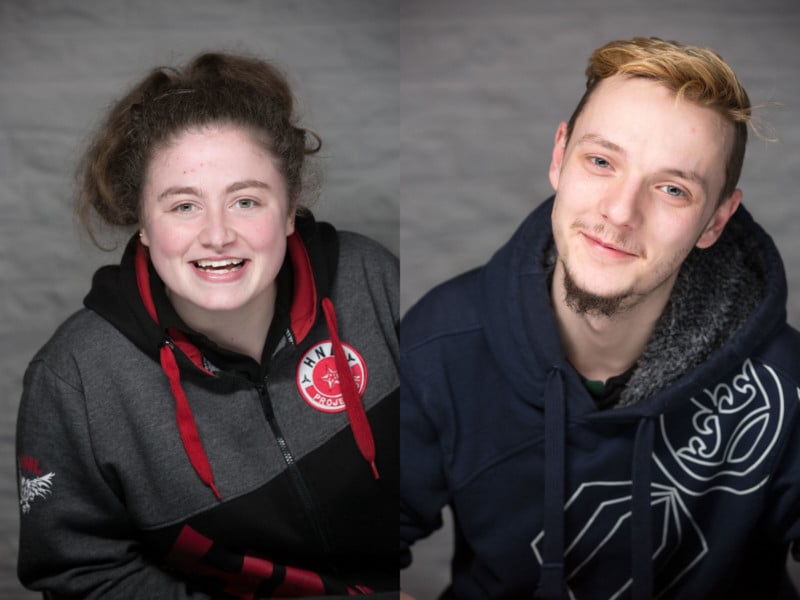 The problem for most clients asking for cheap or free work is they still want all the control and they want image rights beyond what’s reasonable. To me, those are clients like any other and while I’ll happily work with them, it’ll be on standard terms and at my rates.

Click here to see the series and read the stories behind the Faces of Routes.

About the author: Tim Gander is a freelance corporate communications photographer based in Frome, Somerset. The opinions expressed in this article are solely those of the author. You can see more of his work on his website or find him on Instagram or Facebook.