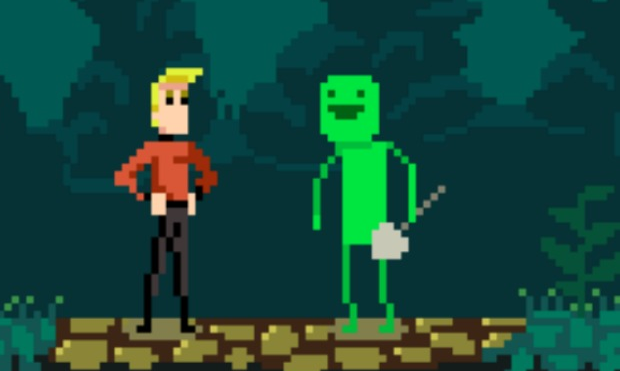 Schell Games is an indie developer that’s committed to virtual reality (VR) tech. Earlier in the year the company launched a demo version of its James Bond-esque experience, I Expect You to Die, in which players recover a car that’s kitted out with traps. It’s since been confirmed that a full version of the experience will be heading to the consumer version of the Oculus Rift head-mounted display (HMD) with support for the Oculus Touch controllers. This month, however, Schell Games has announced that it’s bringing one of its other titles, Orion Trail, to VR.

Orion Trail is Schell Games’ tribute to both classic sci-fi franchise, Star Trek, and the classic adventure experience, The Oregon Trail. It first released on Steam on PC last October, having raised some $97,801 USD via a Kickstarter crowd-funding campaign back in March. In it, players will take on the role of the captain of a ship, tasked with making decisions about where to travel, what to explore and more. The title features 50 unique encounters, 30 mini-encounters, 70 events and 6 away missions.

The VR version of the experience will be heading to the Gear VR mobile-based HMD on 24th December 2015 for $4.99 USD. Those that are familiar with Orion Trail already will know it for its distinct 2D art style, which doesn’t seem suited for VR. Schell Games is aware of this, though, and notes that the VR version of the title will have an adapted interface as well as characters to fit the transition. It’s not yet clear if it could also be updated on PC to support the Oculus Rift and HTC Vive kits.

For the latest updates on Orion Trail, keep reading VRFocus.

The post I Expect You to Die Dev Bringing Orion Trail to Gear VR appeared first on VRFocus.