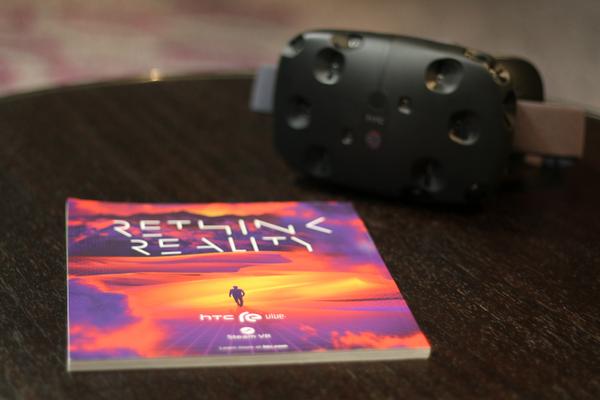 With a little over 2 months left to go in 2015, virtual reality (VR) fans are still waiting on release information for the consumer version of the HTC Vive head-mounted display (HMD), let alone the actual launch itself. The company has promised that a limited release will be taking place before the end of the year followed by a wider rollout in 2016. Given that the initial launch will be restricted, you might assume that it would only be available in North America for the time being. But, according to HTC itself, that won’t be the case.

Jason Mackenzie, President of HTC America confirmed as much in a Q&A over on Twitter today following a virtual event that hosted the reveal of the HTC One A9 smartphone. When asked if the limited release would apply only to North America, Mackenzie replied: “No. Not only NA.” Elsewhere, he also confirmed that there had been ‘no change’ to the launch plans of the HTC Vive and that it would still be launching before the end of the year. As for the reveal of the consumer version of the kit, Mackenzie simply stated it would take place ‘later this year’.

It doesn’t appear, then, that there’s any need to worry about the consumer launch for the HTC Vive, as it seems to still be on track. The kit is being made in partnership with Valve and its SteamVR system. Among other features, this allows for Room Scale user-tracking in which players can walk in a real world area of up to 15 foot by 15 foot and have those movements replicated within the given title. The kit also consists of 2 position-tracked controllers, which players can use to realistically interact with experiences.