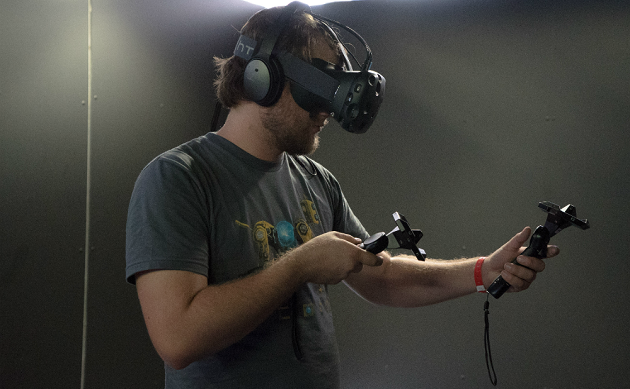 While its looking less likely HTC will be launching it’s head-mounted display (HMD), HTC Vive this year as it’s previously stated, the company is still pressing ahead with its marketing via the live tour which has been making its way around the US. The tour hasn’t just been at events with stops being made at university campuses as well. This week sees the tour hit North Carolina State and University of California, San Diego.

The tour will be at NC State all week at various locations. On Tuesday 1st December, the HTC Vive will be on demonstration at the Engineering Building 2, East Atrium, between 10am – 6pm. On 2nd and 3rd December the tour will be in the Hunt Library from 10am – 7pm. And on Friday 4th it will be in the Talley Student Union, room 3222 between 10am – 7pm.

While for UCSD the tour will be at the campus on Tuesday, at Atkinson Hall’s Theatre between 11am – 7pm. And on Wednesday at Price Centre East Ballroom from 12pm – 8pm. With all the demos, visitors will need to book a slot and registrations open an hour before those times listed above. So if you’re keen to see the virtual reality (VR) HMD its wise to get there early, as the tour as been very popular thus far.

VRFocus will continue to report on the latest HTC Vive news as further details are announced.