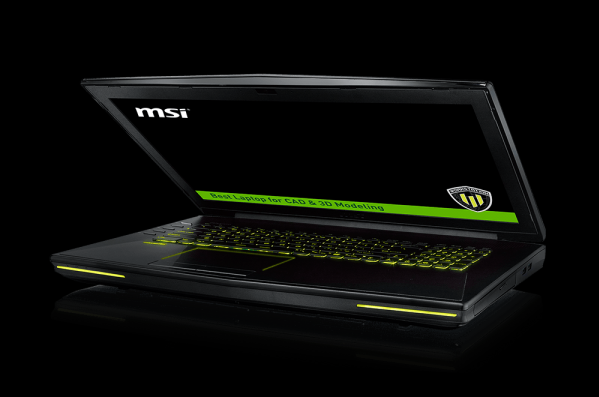 It was thought that current laptops had been ruled out as ‘VR Ready’. Oculus VR’s own Oculus Ready PCs, a line of rigs ready to run its Oculus Rift virtual reality (VR) head-mounted display (HMD), are limited to desktops only. HTC, however, has partnered with MSI and its range of laptops as part of its VR certified offerings. In fact, HTC and GPU manufacturer NVIDIA have recently placed a spotlight on one of MSI’s machines, coupled with one of the latter company’s products, touting it as the ‘perfect combo’ for bringing VR with you.

HTC 3D Artist Drew Hunt has as much in a recent blog post from NVIDIA, talking about MSI’s VR Ready offerings. Hunt noted that the company’s MSI WT72 notebook, which houses the NVIDIA Quadro M5500, is perfect for using the HTC Vive HMD either at work or at home. “Wow…seriously impressive for such a compact package,” Hunt said. “I now have the freedom to setup shop to design VR experiences on the go. The NVIDIA Quadro M5500 coupled with the MSI WT72 notebook is the perfect combo to use HTC Vive at work and at home.”

The MSI WT72 also boasts a 4th generation Intel Core i7 Processor, a 1080p display and more. NVIDIA will be showcasing the VR setup at its GPU Technology Conference this week from 4th – 7th April at the San Jose Convention Center. Along with MSI, HTC has also partnered with both Alienware and HP to offer VR Ready desktop PCs. With the HTC Vive set to hit on 5th April 2016, you can expect to see interest in these high powered machines grow very quickly from here on out.

Check back with VRFocus for the latest from HTC and its VR ready machines.